The Google Ecosystem: You Will Be Assimilated 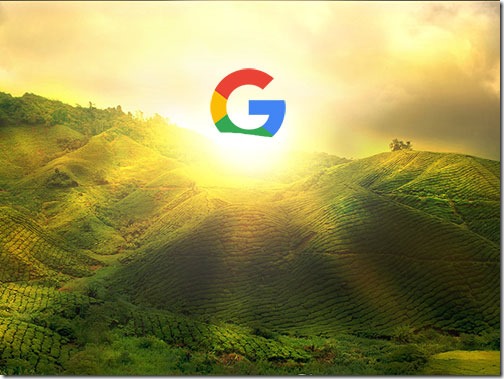 Google is an advertising company. Its incentives are all tied to maximizing engagement with places where you will see ads served up by Google’s ad network. But that has more depth than you realize, driven by Google’s desire to have those ads be more effective and tailored to you than anyone else’s ads, combined with a strong ethical culture and the sheer joy of technology.

Google continues to get about 85% of its revenue from advertising, from its own sites and from the ad network that serves up ads on other websites. Google is able to deliver better results to advertisers because it has more data about you and analyzes it more effectively than anyone else.

From Google’s perspective, then, its ecosystem is all about the data. Google knows more about you than any other company on earth. Google is proud and unashamed about how much it knows about you. Unlike Apple, Google does not depend on profits from selling you expensive hardware. (Google does some of that, but it’s a side business.) Unlike Amazon, Google does not lock you in with an annual subscription to help persuade you to buy everything directly from it.

Instead, Google revels in offering you services that are so rich, so thoughtful, so wondrous, that you use them all the time – with Google gathering data about you the whole time. Then Google uses more great technology to use that data to target its ads more effectively than anyone else, drawing in advertisers.

Let’s start with what Google knows about you, because that’s the part you’re squeamish about.

You can use some Google services without having a Google account. You don’t have to log in to do a Google search or use Google Maps. Google doesn’t know as much about you in that case. (Probably more than you realize – signals from other people and from places you didn’t know it could identify you.)

Imagine that a very smart team of researchers has been tasked with studying you. That’s their full time job. They have access to complete records of everything about your life, your friends, your shopping habits, where you go every day, what you do on the computer at night. They are obsessively interested in drawing conclusions about you – your interests, where you might want to go on vacation, what you might buy next, what you might like to watch or read or listen to, how long it will take you to get to work, when you should leave for your flight.

That team of researchers would know far less about you than Google already knows, because Google’s algorithms are smarter, they learn more from studying the data, they don’t forget anything, and they draw more accurate conclusions.

Yup. Sure is. Glad you got that out of your system. Fabulous insight. Everyone is with you. Ready to move on now?

Here’s the interesting part. Google is fiercely committed to your privacy. Everything in its company culture is devoted to protecting your privacy as it delivers wonderful technology to make your life better. Corporate cultures matter! Google may no longer use the mantra about “not being evil” in its official documents, but the company acts like it believes it deeply all the time. Go read what Google says about your privacy. They mean it.

•  Advertisers never see your personal information. Never. They tell Google what they would like to target in precise detail. Google analyzes the data and delivers the ads.

•  Researchers never see your personal information. There’s no company like Cambridge Analytica misusing Google data. It’s not made available to them.

•  Governments and law enforcement agencies almost never see your personal information. Google pushes back as hard as possible and it advocates for privacy in the debates going on globally about personal data.

•  Google employees never see your personal information. That’s not the way it works inside the company.

•  Bad guys don’t see your personal information. Google is under constant attack, like all big companies, probably more of a target than most, and has never had a major data breach. That’s quite an achievement in cybersecurity.

•  Only you get to see your personal information. That’s the way it should be.

Google has developed a vast array of services that we choose because they are useful, frequently the best in their class, and in some cases unique products of science fiction level technology. Google gets data about you from all of them.

Google’s search index deserves a lot of credit for creating the Internet that we use today. It was revolutionary in its day. It was simple, it was effective, and we almost immediately began using it to the exclusion of all competitors. The more we used it, the more Google learned about us and what we wanted from search results, a feedback loop that continues to this day.

Then Google began extending its reach with more products and services that are so well designed that we choose them quite voluntarily – the Chrome browser, Gmail, YouTube. Each one allows Google to learn huge amounts of personal information about us, which it analyzes and uses for better advertising, as well as mining the data to improve the other Google services we use.

Google Maps is a good example of a service that reflects the sheer joy of technology. Its accuracy, the amount of information packed into it, the real time feedback, Google’s commitment to extending it globally: Google Maps is extraordinary. There are certainly ads built into Google Maps in many places, but it is also an example of a service that draws us into the Google ecosystem – and delivers data to Google – by empowering us in a way that was never possible before. It is transformative.

Google Photos is the current flagship for Google’s artificial intelligence research. It is literally a brand new way to gain access to memories that might otherwise be lost or buried. It frees us up to spend more time finding creative ways to share our memories and build on connections with others. Notice carefully that Google Photos does not have any advertisements in it. Google is using it to get an extraordinarily rich amount of data from us, in exchange for joyful technology.

These services also demonstrate one of the most important aspects of Google’s ecosystem: the connections between Google’s services make them richer. Those connections might be supplied by Google – a reminder on your Home Assistant that the flight on your calendar is delayed two hours. Or it might be the multitude of controls that make it easier for you to connect one Google service to another – sharing a Google photo with someone in your Google contact list with a click, sending a Google Map destination to your Android phone, or any one of a thousand other examples. I expect more Google services to benefit from Google’s increasing ability to draw inferences based on the data it has about us, powered by artificial intelligence and machine learning that no other company can match.

Of course, Google also uses some of the same methods to lock you into its ecosystem as the other companies – proprietary Google Pixel Buds that work best with Google Pixel phones, Google Home smart speakers that, like Amazon Echo, work best if you continue to add more devices in the same system, and the like.

That only touches on the vast number of Google services and products. There are many more examples of services that draw us in by their simplicity and effectiveness, in exchange for letting Google have a window on yet another part of our lives. You are probably already in Google’s ecosystem and you will likely be drawn further in during the next few years – not by tricks or gimmicks but by the improvements to your life that come from well-designed technology built on a comprehensive knowledge of you, specifically you and no one else.

There is literally no other company I trust with the kind of data that Google has about me and my family. We get big rewards from that relationship. Chances are that you’re in the same position.

And it’s probably obvious that there is one precondition for all this goodness. Google must continue to be good. If Google turns evil, we are hosed. Google could destroy us. All we can do is hope that Google’s company culture stands strong. As long as it does . . . well, resistance is futile.