The Microsoft Ecosystem: Evolution And Extinction 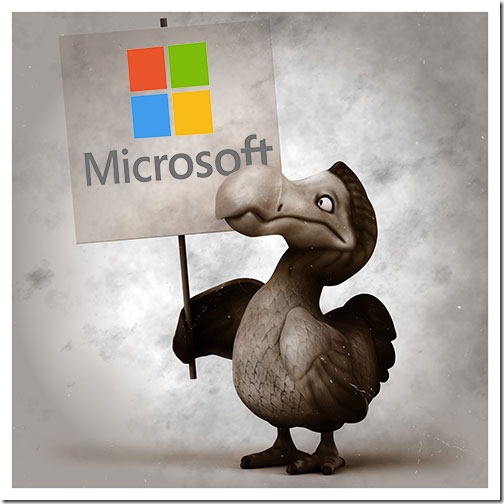 It makes old-timers sad to think of the past, because Microsoft had a successful ecosystem for decades. When PCs were our only computing devices, we were locked into the world of Windows and Office. Back in the 90s, Microsoft’s dominance allowed it to kill Netscape by bundling Internet Explorer into Windows, a classic example of the use of lock-in for unfair competition. We stuck with the Office programs because we depended on the convenience of ubiquitous file formats and because developers built add-ins and programs to interact with the Office programs. Today Microsoft literally no longer has a Windows division.

Remnants of that ecosystem still exist. Windows will still be the dominant platform for personal computing for many years. (But no major new Windows program has been introduced for more than ten years.) Office will still be the choice of most businesses for productivity. (Even in productivity, though, developers have moved on to mobile apps, and loyalty to the Office programs is waning, especially with young’uns and new businesses.)

There are two reasons that it’s fair to say that there is no longer anything important to call a Microsoft “ecosystem”: (1) We use smartphones instead of computers as our primary technology devices, by any measure. Sales of PCs have been consistently declining for years, with no end in sight. In absolute terms, we buy many times more smartphones than computers, and the gap is growing. Microsoft has nothing whatsoever to create synergy that affects our purchases or use of mobile devices. (2) Our loyalty to Microsoft has dropped precipitously as a result of years of poor products and self-inflicted wounds. Schoolkids are growing up with Chromebooks, homes are filling up with Amazon Echo and Google Home assistants, Google runs our searches and our maps, all areas where Microsoft tried and failed to compete. The walls around Microsoft’s garden have crumbled.

This is not a surprise to Microsoft, which has seen this coming for more than a decade. It has made valiant efforts to delay the extinction of its consumer ecosystem – trying to create cross-device and cross-platform experiences with Windows and Office and to extend Microsoft loyalty to mobile devices, first with Windows Phones, then with Microsoft apps. Today the efforts continue but they are half-hearted – incessant advertisements for the Edge browser, the occasional appearance of Cortana as if anyone cares, and more.

There is, however, a Microsoft ecosystem that is thriving.

Microsoft’s enterprise products and cloud services are tightly tied together, with strong incentives for large businesses to use Microsoft products. This is driving Microsoft’s growth and it represents a successful future, in a niche that does not directly compete with the other technology giants.

Microsoft has been running the servers at large businesses for decades. The businesses are dependent on Active Directory, which provides identity management for logging into computers and accessing programs and files. Now Microsoft is extending that dominance with Azure Active Directory, making it possible for businesses to run hybrid deployments that can leverage their existing infrastructure and extend it into the cloud. In the same way, businesses are able to extend their existing SQL Server databases and other server-based programs into the cloud in hybrid setups. Those companies will continue to be Microsoft customers when they abandon the onsite servers, because Microsoft is making it seductively easy to remain a Microsoft customer instead of ripping out an existing program and starting over. That’s a huge incentive for large enterprises.

Once Microsoft has identity information in the cloud in Azure Active Directory, then enterprises have strong identity management tools that work with other Microsoft services. There are literally dozens of Office 365 programs and services that integrate with each other under a single sign-on. Single sign-on is a holy grail for enterprises. The companies need security, and multiple login names and passwords for employees are a recipe for security problems and extra expense.

All of Microsoft’s enterprise programs are being designed to work together seamlessly. It’s exactly the same kind of ecosystem that Microsoft perfected to lock in consumers in the 90s and that Apple and Google are exploiting today. Microsoft’s ecosystem is aimed almost exclusively at enterprise customers. OneDrive for Business leads into Sharepoint, Teams integrates with Outlook and is about to swallow Skype for Business, Dynamics CRM and SQL Server can integrate and pull data from Azure AD, there is a dizzying array of other products that big businesses can turn on with a click. A business that is weighing Slack against Microsoft Teams might well choose the Microsoft product because the business is already invested in Microsoft’s enterprise ecosystem.

And finally, just as Microsoft did with Windows in the 90s, Microsoft is now offering strong incentives to developers to work with Azure and develop add-ins for Microsoft’s cloud services. It bought GitHub, a developer community, hoping to earn some love and gain respect by being a good steward and friend to the open source community. (Developers are wary but so far, so good.) Microsoft integrates its cloud services and infrastructure at a deep level with products from Adobe, Salesforce, Box, and . . . well, just about everything in the enterprise world. 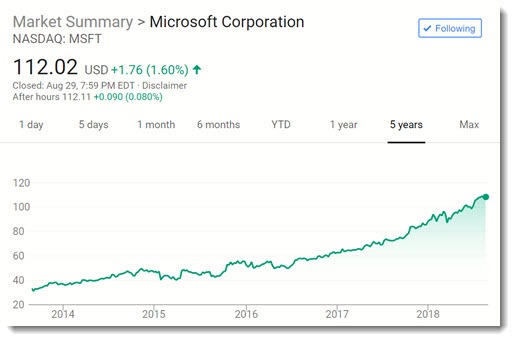 If you’re a consumer or small business, Microsoft has important products for you to use, especially Windows and the Office programs. But it has little that will influence your choices in any other category – hardware, software, or services. You might choose to buy a Surface or use OneDrive, but not particularly because the Microsoft ecosystem makes them work better than the competitors.

If you’re an enterprise, though, Microsoft has created a powerful ecosystem to unite and extend its traditional onsite server products with new cloud infrastructure and services. There’s a reason for Microsoft’s rising stock price for the last five years. It’s not Cortana or Bing.