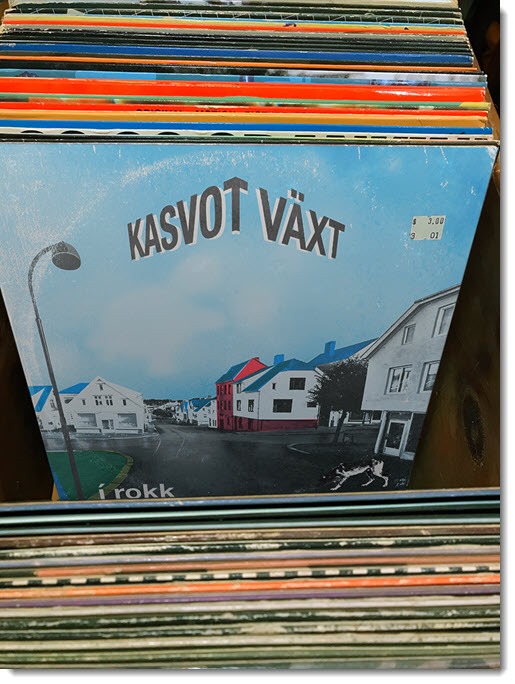 It’s Thanksgiving week in the US. Do you mind if I tell you a story that has nothing to do with technology? Indulge me. We’ll get back to Microsoft shenanigans next week.

My favorite song of the year was performed for the first time ever on Halloween. The song is “We Are Come To Outlive Our Brains.” It’s from a 1981 album by Kasvot Växt. I feel pretty safe in saying that you’ve never heard it. There’s a link below so you can listen to it.

It was played by Phish, the band from Vermont, for an audience of nearly 20,000 fans at the MGM Grand Arena in Las Vegas.

Not a Phish fan? Hang on! Don’t leave. This story is fun even if you don’t listen to a note of the music. You see, unbeknownst to anyone except fans, Phish has become one of the most consistently creative bands of all time – and that’s not something I claim lightly. The story of their Halloween show will go a long way to demonstrating why I think that’s true.

Phish has been performing together for more than thirty years – same four members, traditional classic rock lineup of guitar/bass/keyboards/drums. These days their studio recordings tend to have a bit of a dad-rock flavor, in a good way. In concert, Phish extends their songs and explores new melodies and different soundscapes, listening and reacting to each other with telepathic precision, looking for something unexpected and adventurous. The band consistently comes up with beautiful melodies and soaring peaks, all of it different from one night to the next. If you’re susceptible to it, then a Phish concert can transport and transform you. If it’s not your thing, then their music will sound like this quite funny video, What Phish Sounds Like To People That Don’t Like Phish. The music world has splintered into niches where a band like Phish can be superstars to their fans, selling out arenas and making quite a lot of money, but remaining virtually unknown outside of the fanbase.

The band never plays the same show twice. If there are multiple shows in a city, no song will be repeated from night to night. In the summer of 2017, Phish played thirteen shows at Madison Square Garden, each one running three hours or more. They never repeated a song. More than 240 different songs in a couple of weeks, from driving rock to a cappella harmony, from ethereal jams to well-chosen covers. I don’t know another band that could do that. If another band even made the attempt, it would be the focus of a months-long marketing campaign and endless hype – “Steely Dan will play each of its albums on separate nights! What a feat of musicianship!” Phish didn’t announce that it was going to play different songs every night for two weeks straight, they just did it, because that’s the kind of thing they do.

Periodically Phish does a special Halloween show where they put on a “musical costume” by performing a cover of an entire album, usually something from the classic rock archives. They’ll play an hour or so of their own material, then don their costume (sometimes with literal costumes) and cover an entire album, then come back and play another hour of their own material to close the show. They played the entire Beatles’ White Album, including a wonderfully odd live performance of Revolution No. 9. They played Exile On Main Street better than the Rolling Stones could ever have performed it live. They played Ziggy Stardust, ending with an achingly emotional version of Rock & Roll Suicide. The title is always a surprise to the Halloween audience; the first announcement comes when fans entering the show are handed a playbill showing the musical choice for the evening. Then Phish comes out and does a thoroughly rehearsed cover of, say, Quadrophenia in its entirety – a one-shot event for that audience, never to be repeated.

That brings us to this Halloween, when the playbill handed to arriving fans announced that Phish would be playing the album í rokk by Kasvot Växt.

This caused some confusion. Fans in the audience read the info in the playbill and grabbed for their phones, trying to get some information about this unfamiliar name.

Kasvot Växt was a Scandinavian prog-rock band that released one album in 1981. The label went out of business and most copies of the LP were destroyed. The lengthy essay in the playbill explains that the members of Phish remembered playing a cassette of í rokk in their tour bus in the 90s and decided to resurrect it for the Halloween show. The original lyrics were written in a “bizarre combination of Norwegian, Icelandic, and Finnish languages.” Phish sent the lyrics to a Nordic linguist, who did a crude first pass at a translation. The band decided to keep those admittedly bizarre lyrics rather than try to polish up the rough translations.

The album was nearly forgotten. Internet searches on the night of the show turned up only a few references – a brief entry on All Music, an interview posted online in 2006 on Perfect Sound Forever, a 2005 article on the website for New Jersey radio station WFMU. 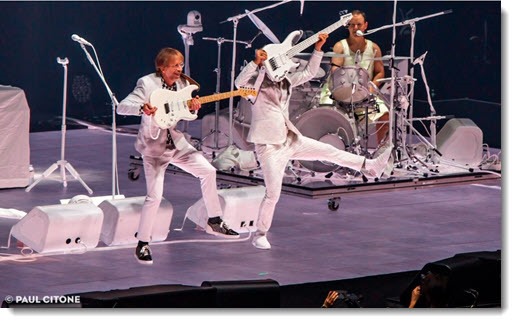 On Halloween night, Phish performed their first set, then left while the stage was reset with all white equipment. For the second set, the members of Phish came onstage dressed in white, making it look a bit like an Abba revival. The band performed ten Kasvot Växt songs that no one in the audience had ever heard before. The rough translation meant that the lyrics sounded odd – “I am the glue in your magnet! This is what space smells like! You will always remember where you were!” The songs are full of harmonies and earworms that stick in the head – listen to the show a couple of times and you might find yourself humming, “Taste the humidity, you can recycle,” and getting some rather strange looks.

Before we go on, think about this: this well-known band performed an hour of brand-new, never-before-heard material to an audience of almost 20,000 people. No other band does this! Oh, sure, very occasionally an artist might introduce a new song or play an unexpected cover, but it’s incredibly risky to challenge an audience with a big chunk of unknown songs. It’s not the first time Phish has done it – this makes three times that I can think of in the last few years.

But the story has an even better ending.

Over the next couple of days, without any comment or publicity from the band at all, fans put together the clues and confirmed that it was all made up. There was no Kasvot Växt, there never was an í rokk album. The web pages had been planted by the band a few days before the show. The lyrics were intentionally written to sound as if they were bad translations. The songs were played with some early-1980s synthesizer effects to make it sound as if they came from that era. It was a glorious put-on so the band could introduce ten new songs that will likely be added to their concert repertoire.

There is an infectious joy knowing that the band was willing to work so hard just to make its fans happy. It explains the big grins that the band members shared as they performed the Kasvot Växt set.

That’s the story of Halloween 2018. If any other band – if any other creative artist in almost any other field – did something comparable to this, it would be a career highlight, but it’s just the most recent noteworthy Phish event in a long career. There is an equally fun story to be told about the Halloween show in 2014, when the band performed an hour of new music as a “cover” of a 1965 Disney sound effects album, Chilling Thrilling Sounds Of The Haunted House. Shows on New Years Eve frequently include elaborate stage sets and stunts at midnight. Did I mention that everyone coming to last summer’s MSG shows was given a donut? Then the band performed songs that matched that night’s donut flavor – Strawberry Fields Forever, Chocolate Rain, Cinnamon Girl.

But don’t get the wrong impression. The band is not defined by stunts and games. The band members go out on stage night after night as hard working musicians playing songs from a huge catalog that include lengthy improvisational passages. That’s where they show their real creativity.

We started with my favorite song of the year. If you’re a Spotify subscriber, you can listen to We Are Come To Outlive Our Brains here.

If you watch the video of Turtle In the Clouds, you’ll see some of the wonderful, funny dance moves that were choreographed for the set, kind of a mash-up of Abba and David Byrne. (Jump to the three minute mark if you just want to watch the goofy stuff. Click here if you don’t see the video below.)

The entire Kasvot Växt set was posted to Spotify, so you can stream the entire set. Enjoy the show! Taste the humidity!