Prepare Yourself (And Your Budget) For Subscription Fatigue 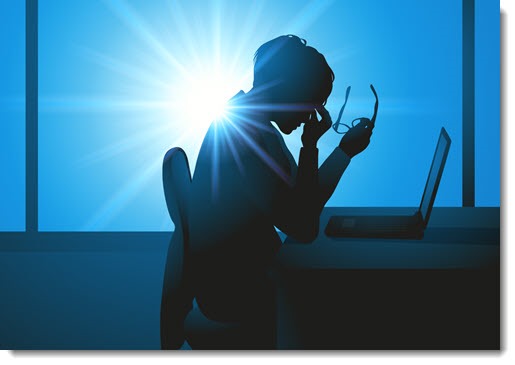 You’re going to be so fed up with subscriptions by the end of next year that you will want to scream.

Want to play a game? Before you read further, think about your recurring monthly expenses for digital services, devices, and subscription boxes. Write down a quick estimate of how much you spend each month.

Now think a bit harder. Take 30 seconds and this time include things you may have overlooked – cable and Internet, phones, Netflix and other movie services, Amazon Prime, Spotify or Apple Music, games, cloud storage with OneDrive or iCloud or Google Drive or Dropbox, online news sites, meal services, dating apps, and anything else that requires a monthly fee and is closely associated with a website or phone app. Your number probably went up, right?

If you want to finish the game, then go through your checking account and total up the actual numbers. But I’ll spoil the surprise – you almost certainly still underestimated your current total, probably by a lot. Waterstone recently asked a few thousand people to play that game and then review their actual expenses and discovered that almost everyone drastically underestimates the amount they spend each month on subscriptions, with more than half underestimating the real amount by anywhere from $100-$400.

You might as well start planning your budget now, because there is about to be an explosion of new subscription services.

You already spend more on subscriptions than you realize.

If a subscription service excites you or covers something you care about, then spend the money happily. That’s the wonderful part of the digital world.

But don’t sign up for services impulsively. You’ll tear a hole in your budget. 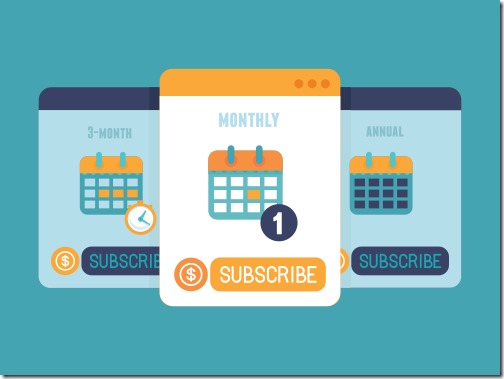 The incentives for many companies are lined up in favor of subscriptions. If a website or service can convert you to a paid subscription, then the company gets predictable, recurring revenue, which Wall Street adores. A subscription tends to promote engaged users. The company gets a bonus if you forget about the subscription and allow the credit card charges to continue.

So it’s easy to understand why subscriptions have become such an important business model. Netflix is the premier example of a subscription video service, spending increasingly large amounts of money on original content as a way to hold onto subscribers even as it steadily raises its prices. Amazon has its subscription Prime service, which offers a package of services including video for an annual fee. Spotify rules over subscription streaming music, but Apple, Tidal and others are trying hard to catch up. Windows users are starting to get used to paying subscription fees for Office and Acrobat, and other software manufacturers are trying to convert over to subscription models – some successfully (Quickbooks), some not so successfully (Quicken).

What’s coming may make this look like the last days of the free Internet.

The most noticeable changes are coming to streaming video services. In the early days, content producers and publishers thought it was a good idea to license their libraries to Netflix. Now they beat themselves up over their lack of foresight – and they are desperate to scoop some of that Netflix money into their own coffers.

Disney will introduce Disney+ next year as a Netflix competitor. It will be the exclusive or nearly exclusive place to see content from its vast holdings, including movies and TV shows from Disney, Marvel, Lucasfilm, Pixar and National Geographic (which it’s getting from Fox). Would you pay ten or twelve dollars a month for Disney+? It will be marketed by the smartest marketing department on the planet, so there will be incentives big and small. Maybe you’ll be tempted by exclusive new Marvel or Star Wars series not available anywhere else, or perhaps new exclusive Pixar shorts. Are you ready to add that to your budget? Will it make you drop Netflix and give up all of its series? Netflix is spending untold billions on new content and you can be sure there will be many tempting announcements to counter the Disney rollout.

But that’s not all, no, no, no! Disney will also own a controlling interest in Hulu next year and will be promoting it separately – or more likely, as a bundle with Disney+. Disney will be sending new content to Hulu as well; anything that doesn’t fit the family friendly Disney+ brand will be pushed onto Hulu.

WarnerMedia is planning its own streaming video service for 2019, which will be the new home of Harry Potter, Wonder Woman, and the HBO library. Want some exclusive Harry Potter spinoffs or Game of Thrones content, anyone? WarnerMedia also has the rights to major sports leagues, giving it a unique niche that is difficult for the others to compete with.

WalMart is mulling over a streaming video service.

The Criterion Collection hopes to find a niche audience for a subscription video service serving up its classic art-house films and special features.

Is your wallet feeling the pinch yet? Hang on, that’s just the beginning.

One of the most effective ways to hook us on new subscriptions is to bundle services together. Amazon has 100 million Prime subscribers for its bundle of free and fast deliveries, music, video, and other benefits. Next year Apple is expected to launch its own bundle of services, a single subscription covering Apple Music, Apple TV (with original video content), iCloud, news, and magazines.

Large publishing companies are frustrated and cash-starved, so they will be returning to subscription paywalls out of desperation. The New York Times, the Washington Post, and perhaps the Wall Street Journal have made that transition, but now a host of others are trying to do the same thing – Wired, Bloomberg / Businessweek, New York magazine, and many more. On the one hand, consumers believe they have free alternatives and can avoid the paywalls. The Internet was founded on free information, after all, and the big name content publishers are competing with millions of bloggers and creators. On the other hand, though, we are constantly demanding higher quality content, well-designed pages with immersive fonts, graphics, photos and videos, all of which costs a fortune for content, engineering, and design talent.

In theory, subscriptions can be good for us.

•  Ad-supported businesses are constantly engaged in customer acquisition. Those companies are incentivized to provide quantity over quality and to emphasize sensationalism over nuance, since that is most successful at driving clicks and drawing people to websites.

•  Subscription-based businesses, on the other hand, focus on customer retention, trying to stay useful, interesting and relevant.

The theory does not always match the reality. Here’s how a TechCrunch writer expressed his frustration with our subscription obsessed world:

Subscription revenue will be the holy grail in 2019. Expect more software, web services, and apps to switch to monthly fees instead of one-time purchases or ad revenue, and expect to see subscriptions for a wide variety of new products unrelated to technology, from toothbrushes to razors.

Our digital world has to be financed. Some businesses will delight us by bundling services; by providing tiered subscriptions that allow us to make informed choices from a range of inexpensive value plans to premium plans for power users; by offering loyalty discounts and offers to subscribers; and by continuing to add value over time. Unfortunately, others will just make content disappear that was formerly available on one service and make it reappear behind a new subscription fee on another service.

Keep an eye on your wallet. Don’t sign up for a new subscription on an impulse. Review your subscriptions regularly and cancel the ones that are seldom used or not valuable (or that had a silent price increase when you weren’t looking).

And expect to feel subscription fatigue. You won’t be alone.