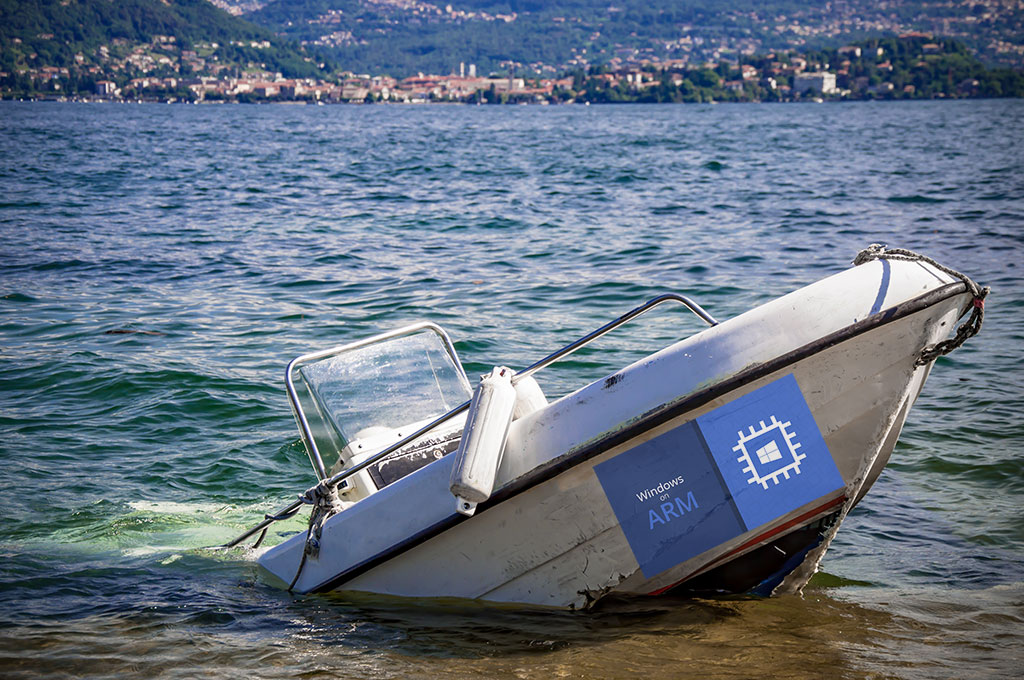 Microsoft is failing at adapting Windows to modern ARM processors – and it doesn’t care. Microsoft will never acknowledge the decline of Windows, but it has already pivoted the company, so its bottom line will not be affected if consumers and small businesses flee to Macs. It will be modifying Windows so Microsoft continues to profit regardless of what computer we run.

In the first installment, Apple announced that it will be customizing modern ARM processors to make Macs run far more effectively – long battery life, always-on connectivity, and integration with iPhones/iPads and iOS apps. Apple will add its design skills to make Macs beautiful and consistent, an area that Microsoft is uninterested in.

In the second installment, you saw the evidence that Intel desktop processors are in the autumn of their lives, in the middle of being superseded by ARM processors that better suit modern needs. Intel’s failures are so glaring that executive heads rolled this week in a high-level executive shakeup, and the stock price surged for Advanced Micro Devices, an Intel competitor.

Windows PCs won’t keep up with Macs. Nothing will force you to change, but you might be surprised to find yourself thinking about it. Here’s the last part of the story.

Windows on ARM is not going well

I’ve been trying to convince you that it’s a big deal that Apple is going to start using custom ARM processors in Macs instead of Intel processors. I understand that many of you don’t have any idea what that means. If you read the previous article, you get the point that Intel has issues, but so what? Microsoft can just switch Windows to these mysterious ARM processors, right?

That’s just what Microsoft has been working on. It’s been trying to rewrite Windows for ARM processors for more than ten years. Each attempt is a serious effort by the entire company to make that transition – engineers working on the code, new hardware to leverage the improvements in battery life and connectivity, and the muscle of the Microsoft marketing machine to sell the advantages to us.

Microsoft failed the first time. It’s in the process of failing again. There are good reasons to believe Windows will never run well on ARM processors.

Windows RT was a miserable failure in 2012, with unacceptably poor performance and almost complete lack of compatibility with any program that Windows users expect to run. 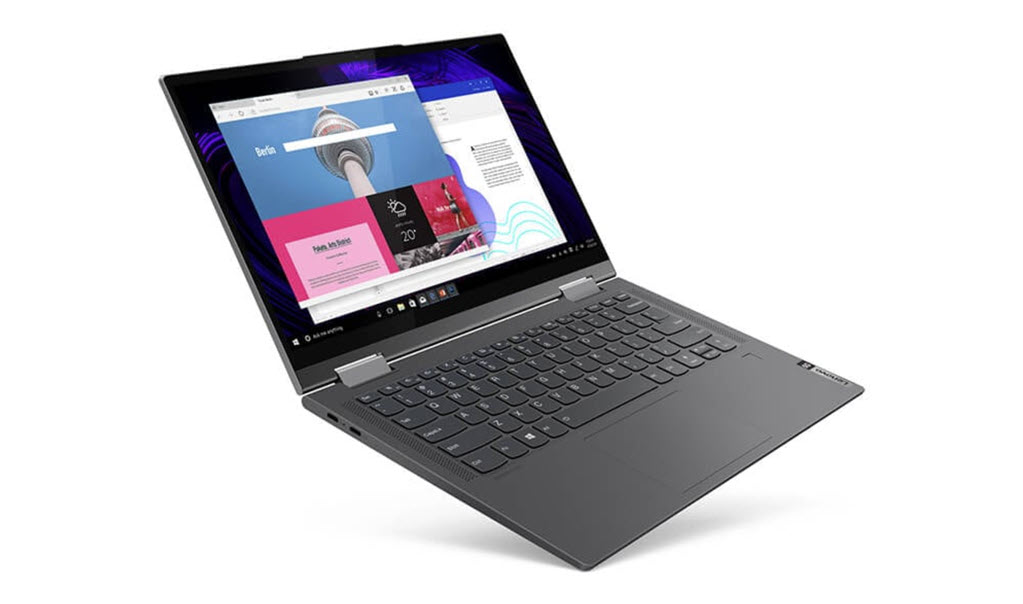 There is a new laptop on the market from Lenovo designed to showcase Windows 10 on ARM. The Lenovo Flex 5G features Lenovo’s typical high-end design, with a bright 14” screen and a built-in 5G modem in addition to wifi. The advertising claims are compelling: Up to 24 hours of battery life! Connect anywhere, wifi not required, at speeds of to 2Gb per second! It costs $1,500, so it must be a premium experience with a premium PC, right?

Paul Thurrott’s review of the Lenovo Flex 5G will sound familiar to anyone who has suffered the agony of a slow Windows computer.

“The Flex 5G offers decent but not stellar battery life along with horrible performance and compatibility. . . . Routine tasks like opening the Start menu, opening an Explorer window, or running a mainstream desktop application like Microsoft Word are often met with lengthy pauses, and far too many times I’ve had to wait while a non-responding app I just launched finally recovered and correctly drew itself on-screen. It’s even hung for several seconds while using Alt + Tab.”

Make a note of the reference to compatibility. You don’t really care about Windows. What’s important are the programs that let you get your work done or keep you entertained.

Windows on ARM cannot run many of those programs.

“If the Flex 5G’s maddeningly slow performance isn’t enough to scare you off, its horrific software compatibility issues will certainly do the trick. Thanks to the limitations of Windows 10 on ARM, which can only run native ARM64 applications (which are rare to non-existent) plus 32-bit Intel x86 desktop applications in emulation, an entire world of software compatibility is cut off to you. And this will impact anyone who tries to use this PC.

“This platform is too much of a compromise for too many people, and since most will never understand why the compatibility issues exist in the first place, trying to use this PC normally will be an unnecessarily frustrating experience.”

My guess is that it will never be possible to run most traditional Windows apps directly on an ARM processor, and performance of the dated Windows architecture on ARM will always be crappy. Microsoft will keep working on Windows on ARM but only to try to goad Intel to get its act together and come up with a successful modern processor. That looks increasingly unlikely.

Windows laptops will stagnate, never offering much more than they do today: moderate battery life, dependence on wifi for connectivity, and constant low-level Windows frustrations.

Meanwhile, if Apple can pull it off, Macs will pull far ahead on battery life, and they’ll be continuously online in precisely the same way your phone is always online. Performance will start out strong and steadily improve, while Windows PCs stagnate and slow down. Everything in the iOS App Store will run on Macs, and you’ll be able to move between your phone and your Mac seamlessly. There will be fewer update hassles. Developers will be motivated to work on new Mac programs. (Remember, there have not been any important new Windows programs for more than ten years. Everything you’re running is old.)

That’s an ambitious vision, but that’s exactly what Apple promised last month. Apple has to execute flawlessly to pull it off. Right now, I would bet on Apple to make it all work.

Why is Microsoft at peace with this vision of the future? 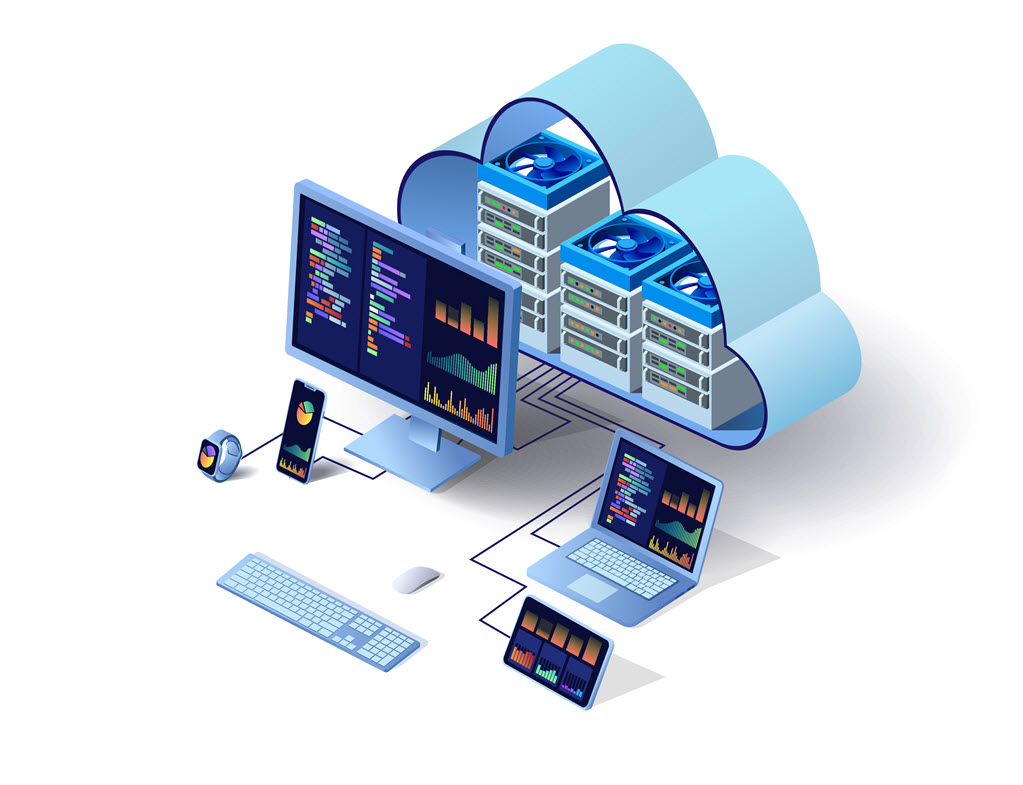 Bear with me. Just sticking our toe in these very deep waters will sound pretty geeky.

Microsoft is working on technology that will let Windows programs work on any kind of processor. There are lots of buzzwords and vocabulary gibberish; the technology might be called containers, app virtualization, virtual machines, or emulation.

The only problem with containers (aka virtual machines, etc.) is that they require a lot of processor power. Microsoft is going to try to bring them to ARM laptops to solve the compatibility problems and let you run your familiar programs, but performance is already bad on ARM, and that will make it worse.

There is, however, one place that has LOTS of power to run your programs: the Azure servers in the cloud run by Microsoft.

It would be relatively easy for developers to update their legacy programs to run in containers on hosted Azure servers, delivered to you as a subscription service.

Or Microsoft could run Windows in virtual desktops in Azure. It has already begun to offer that service to enterprises, and it may be motivated to provide the same service to consumers and small businesses if the move to Macs accelerates.

Your experience: you click an icon, Windows starts, it looks exactly like it does now. Behind the scenes, your computer is doing almost nothing. This is the equivalent of opening a web browser.

Here’s an article speculating that Microsoft could build a thin client called, say, an “Azurebook,” which does nothing but connect to your Windows virtual machine in the sky. Your perception would be that you have a powerhouse laptop for $300 plus a subscription fee.

But if Microsoft builds out this service, it would not require some particular machine. It would run just as well on a Mac or a Chromebook.

Until now, Microsoft has resisted any move towards Windows VMs and app virtualization, because it will disrupt important relationships with Intel, computer manufacturers, distributors, and developers. Change does not come easily or quickly. Consumers and small businesses don’t want to change.

Now, though, it appears the world is going to move on regardless. If Microsoft can keep Windows alive by moving it to the cloud, it will do that.

In three or four years, you might be able to choose a Mac that looks great, is always online, has a battery that lasts all day . . . and lets you run your Windows programs just like you do now. Apple takes over the laptop market for consumers and small businesses, and Microsoft is still the largest technology company in the galaxy.

This is wild speculation. If it comes true, keep in mind that you heard it here first. If it doesn’t come true and the world goes in some entirely different direction, do me a favor and don’t mention it. I’ll know.