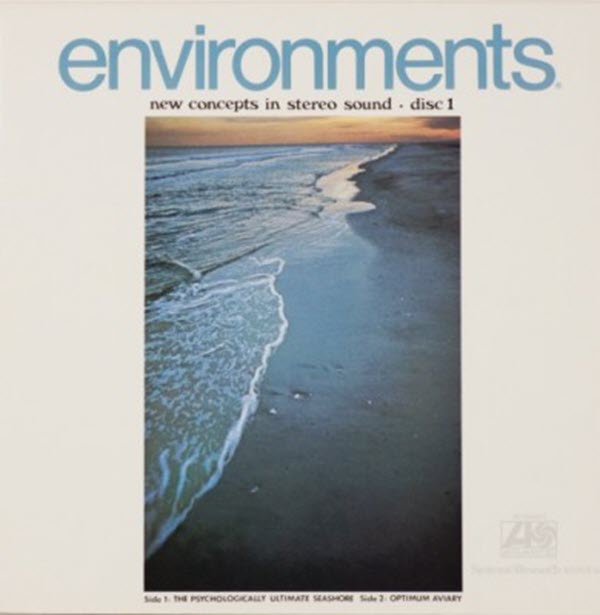 Spotify released the personalized Wrapped 2020 playlist a few days ago. I was a bit surprised to discover that my fave-rave most-played song in 2020 was the sound of soothing ocean waves.

It turns out that Spotify’s algorithms get the teensiest bit confused if you choose relaxing sounds to listen to in the background while you nap.

I loved the Environments albums back in the late 60s/early 70s. The first one featured The Psychologically Ultimate Seashore, a vinyl LP with an uninterrupted 30 minutes of waves rolling into a beach at Coney Island. Live recording of nature sounds was both an innovative idea and a technical feat in 1969.

So listening to waves in 2020 was both nostalgic and an essential part of surviving long pandemic days. But I’m not sure if I would pick the seashore as my favorite song of the year. I’ve got a better list for you – click here for my list of the best songs recorded in 2020 by youngsters playing guitars and drums (mostly). 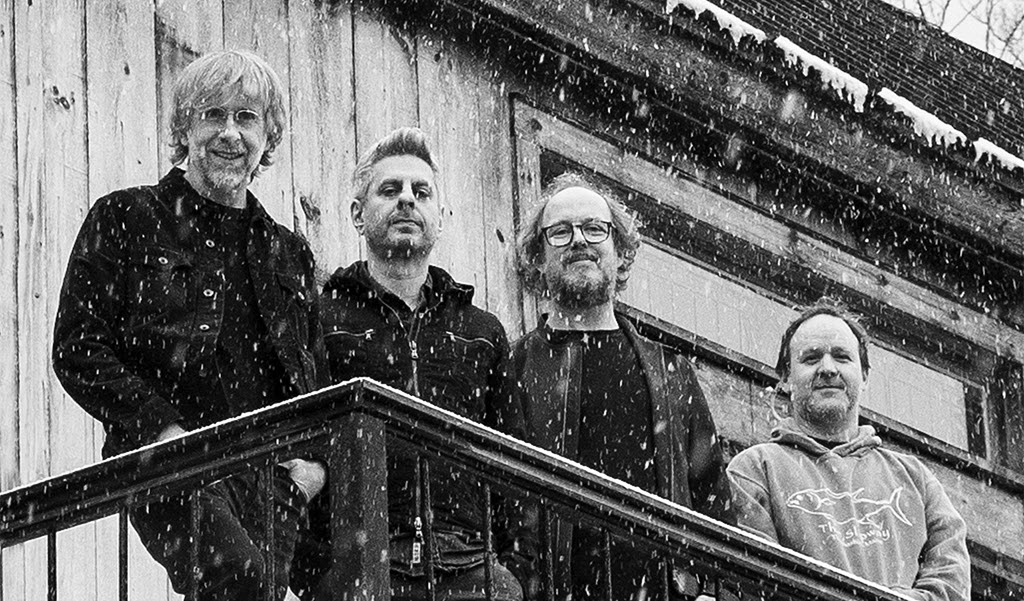 Leaves by Phish is a song for the ages, recorded last November but somehow aligned with our pandemic world. It is delicate, pretty, almost ethereal. The lyrics are about losing the plot but finding the strength to keep going, to breathe.

Even if you’re not a Phish fan, you have to be impressed by their work ethic and commitment to their fans. They presented free videos of some of their best concerts on YouTube once a week through the spring and summer as a gift to fans who missed live performances. Trey Anastasio just wrapped up an eight-week stand at the Beacon Theater in New York, performing a full-length concert once a week with various permutations of his band, members of Phish, and frequently strings and horns, streaming each one live for free. The band faced the rear of the stage because it was too weird to perform facing a sea of empty seats. Completely different setlists each week, of course. Try this from The Beacon Jams, a luminous instrumental version of Slave To The Traffic Light.

Do not be startled at the end of Leaves. The playlist launches with a WOO into a completely different place – a louder, stranger place. 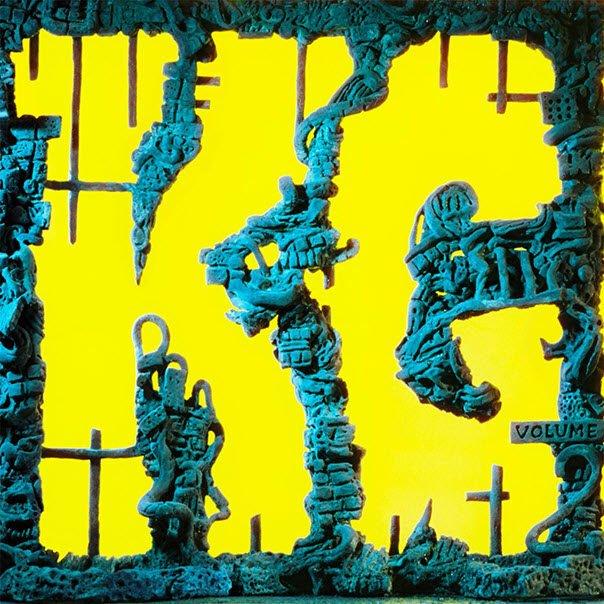 Don’t put this list on shuffle play – the three songs by Australian favorites King Gizzard & The Lizard Wizard should be heard together as a mini-suite. They come from K.G., their sixteenth studio album in ten years (!) and possibly their best album yet. For this album, the band plays custom made instruments using a microtonal musical scale that makes the music sound exotic to western ears, with middle-eastern and Arabic flavors and wild, abnormal time signatures. Intrasport is Turkish dance pop played in 7/4 time with some Bollywood thrown in for good measure, a mixup that makes me so happy I want to giggle. 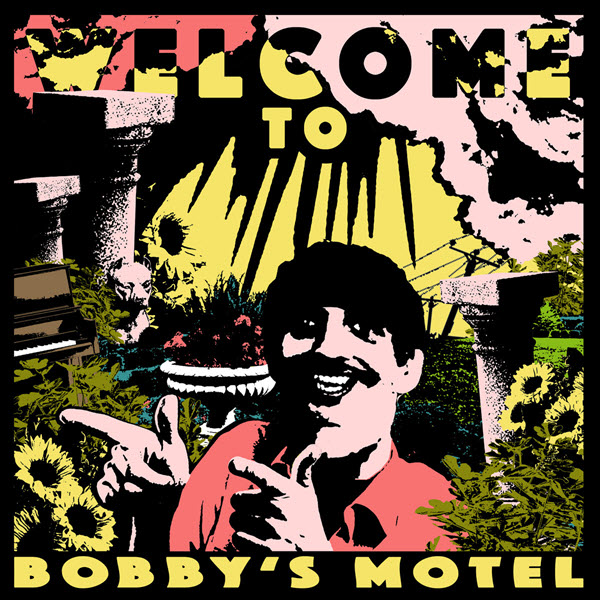 I’ve included a few new songs that have a nostalgic edge. Pottery’s album Welcome To Bobby’s Motel sounds like a collection of newly-discovered 1980s Talking Heads songs, and Bananagun captures the infectious spirit of Nigerian bandleader Fela Anikulapo Kuti on its album The True Story Of Bananagun.

Steven Wilson intended to do a tour with a full-scale multimedia extravaganza for his next album. The pandemic put those plans on hold, perhaps to re-emerge in 2021. In the meantime we’ve gotten a few songs from that project and the most recent one, 12 Things I Forgot, is a standout, emotional and catchy. (If you like it, give a listen to Personal Shopper, with a very odd spoken-word section in the middle by none other than Elton John.)

Methyl Ethyl is another Australian band, and the first half of What Memory Found is just a nice bit of dream pop. But then the song hits a break at the two-minute mark and in a moment the harmonies start and the song soars to a transcendent place of light and grace. I am a sucker for harmonies like this. One of my favorite musical moments of 2020. 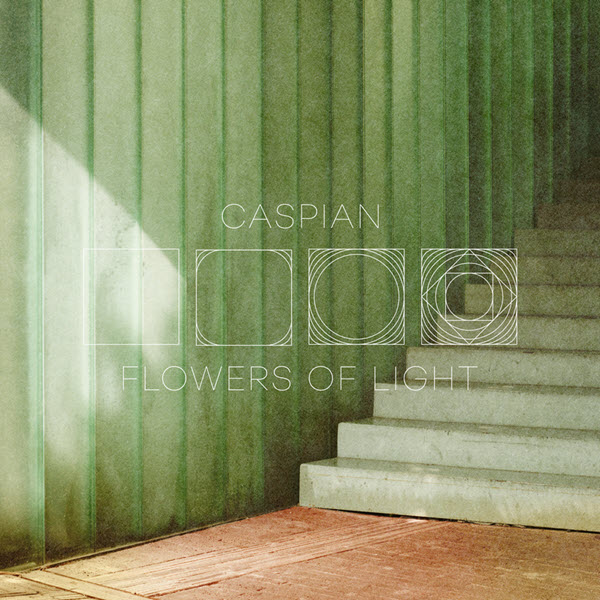 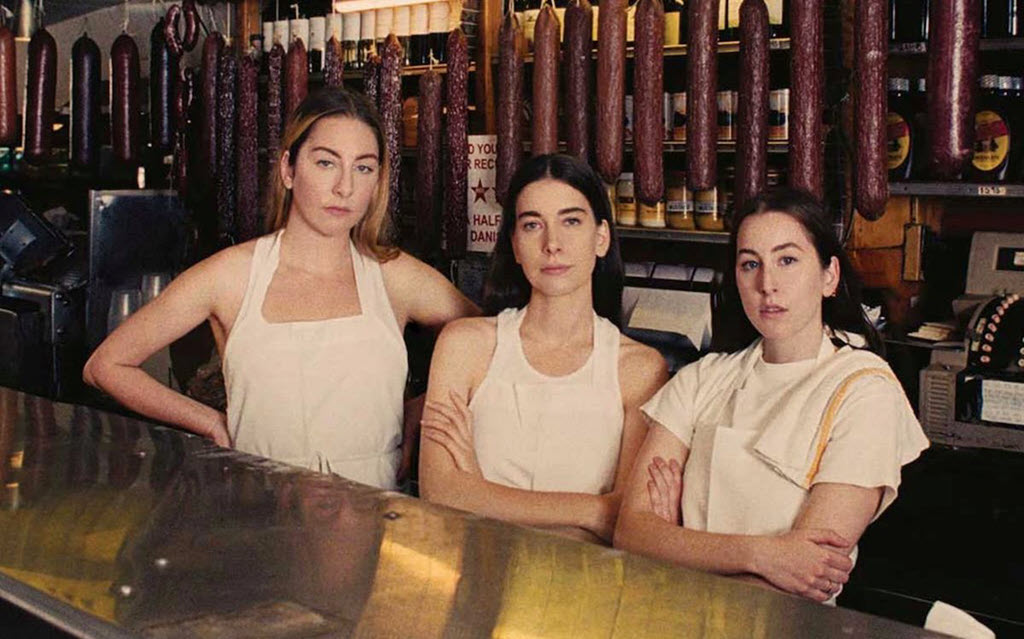 I gathered together my favorite songs of 2020 from women.

The three sisters in Haim toured with Vampire Weekend and worked with VW producer Rostam Batmanglij on one of the best albums of the year, Women Part III. I picked two of the best songs but listen to the whole album – it’s an instant classic.

The ex-Dixie Chicks, now performing as The Chicks, have several songs on their album Gaslighter that rank with the best songs in their deep catalog.

Deep Sea Diver was founded by Californian singer/songwriter Jessica Dobson, and the new album Impossible Weight is urgent and passionate, with a highlight in the intense duet between Dobson and Sharon Van Etten on the title track.

I’m not a fan of today’s crop of lady divas – just a personal thing, no offense – but Lady Gaga is in a different class, with extraordinary vocal abilities and songwriting chops. Dance-pop leaves me cold, but, well, new album Chromatica is pretty irresistible. 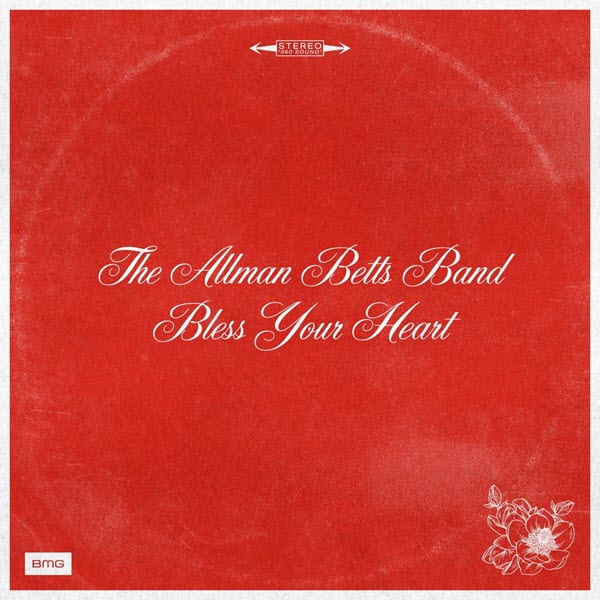 A few more alt-rock songs from Django Django, the inimitable Thurston Moore, and others, and then we head straight into nostalgia for the thrilling conclusion.

The first song in the nostalgia section is Only Lonely by Rose City Band, and it’s not nostalgic, it’s brand new music by youngsters. But when it starts, can you hear the love for the Allman Brothers?

The love continues in the next song, Savannah’s Dream, from the Allman Betts Band, a group formed by the sons of Gregg Allman, Dickie Betts, and Berry Oakley, members of the original Allman Brothers Band. Savannah’s Dream is a sprawling twelve-minute instrumental that tries to re-create the magic in Allman Brothers’ classics like In Memory Of Elizabeth Reed. If it doesn’t quite reach those heights, well, who could? It’s pleasing and fluid and maybe it will remind you to give the classic Fillmore East album a spin. 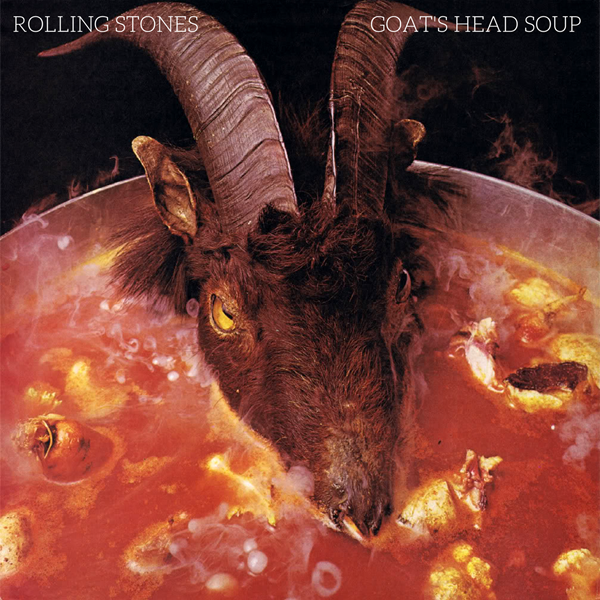 I cheated. There’s one song on the list that wasn’t recorded in 2020. A few months ago the Rolling Stones released an expanded edition of Goats Head Soup, the 1973 album that you don’t remember. Some of the bonus tracks are quite good, some are just horrible, but I can’t stop playing the alternate version of Hide Your Love, never before released. It’s a mid-tempo blues shuffle, the kind that the Rolling Stones have always done better than anyone else, and every minute or so Mick Taylor launches into a guitar solo, his trademark liquid cascades of notes, especially during the extended outro. I have loved the Rolling Stones for fifty years, and this outtake reminds me that Mick Taylor’s guitar playing helped my love affair get started.

Remember The Go-Gos? They released a new song this summer, Club Zero, and it sounds exactly like The Go-Gos. If it had been released in 1982, you would have heard it playing from passing cars on a summer afternoon driving down Sunset Blvd. 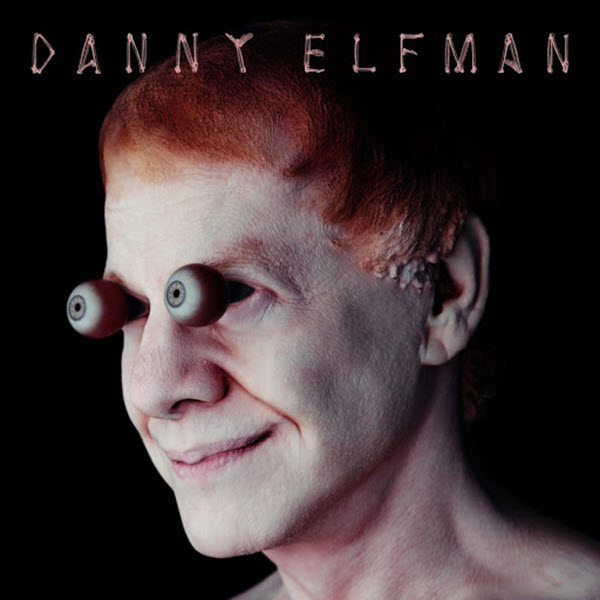 And finally there’s Happy, perhaps the strangest and most unexpected song on the list. Danny Elfman retired the band Oingo Boingo in 1995 to preserve his hearing, and became one of the busiest and most successful film composers in Hollywood, composing over 100 film scores and winning a string of nominations and awards for Oscars, Emmys, and Grammys.

A couple of months ago he released the song Happy for no particular reason that I know of, his first rock song in 25 years, and it was a vivid reminder of two things: (1) Danny Elfman writes very strange rock music; and (2) Oingo Boingo was a lot more punk than you remember. You are older than you used to be and you might find it a bit jarring when the full band kicks in at the 2:40 mark and things get very loud and spiky indeed. Me? I think Happy is awesome.

We may have been locked inside during a pandemic but at least we got some great music. Click here for my list. How about you – heard any good songs lately?