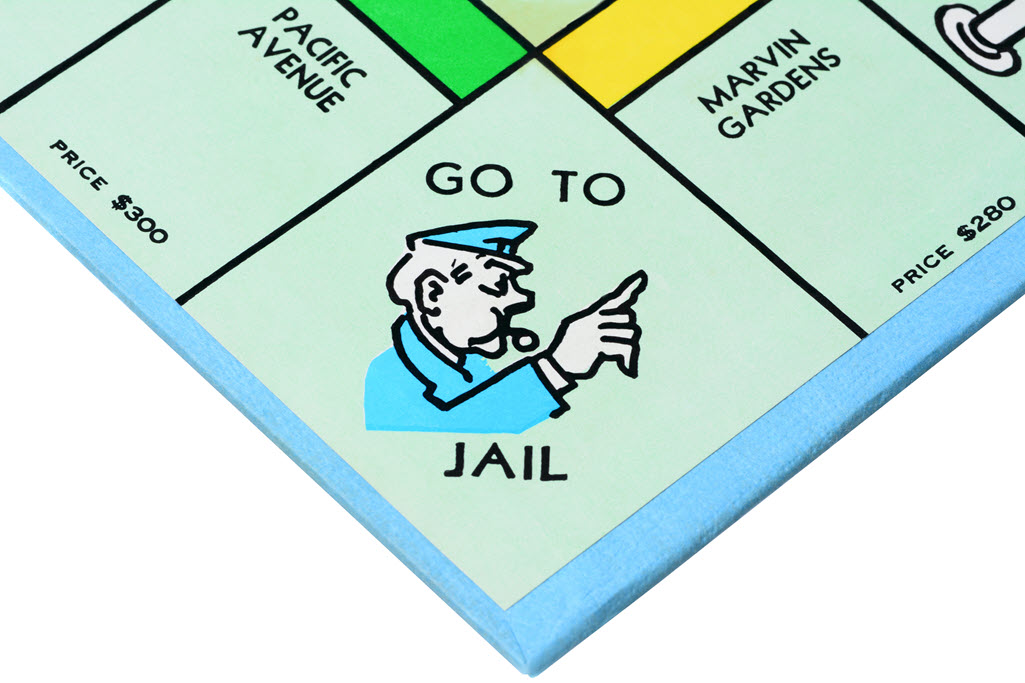 We have to talk about antitrust.

That’s a cliché, of course – every blogger that wants attention knows that “antitrust” is guaranteed clickbait, a real audience-grabber. There might be other things on your mind, what with a pandemic still spiking and the holidays coming up fast and 36 more days with the country under the control of an insane person, but dammit, antitrust is important and you’ll eat your broccoli and you’ll like it, okay?

See if this sounds familiar.

“The tech companies have gotten to be too big! We don’t need any high-falutin’ economic theories to know that the world is out of balance. Someone needs to do something!”

It’s easy to understand the angst. The world has changed so quickly! Microsoft and Apple have been around since the 1970s, but the explosive growth of the giant tech companies and their influence on our daily lives has mostly happened since the watershed year of 2007, when Apple introduced the iPhone, Facebook and Twitter took off, Google released Android and bought YouTube, and Amazon took control of online shopping (as well as beginning to power the Internet behind the scenes with Amazon Web Services).

Here at the end of 2020, five tech companies (Facebook, Google, Apple, Amazon, and Microsoft) are primarily responsible for the rise of the stock market during the pandemic, as other companies floundered and failed. We get our news from them. We believe they have mystical powers to control our minds about policy issues. They are woven into our daily lives: shopping at Amazon; relying on Google for searches, maps, and photos; communicating with friends, family, and the world on Facebook; and doing it all on Apple phones.

The tech companies get bigger and richer and more powerful at the same time that we feel more violated by their data gathering and uncomfortable with the content that they serve up to us. Pressure has been building in Washington to take action, even if the goals are unclear and the rationales are conflicting. 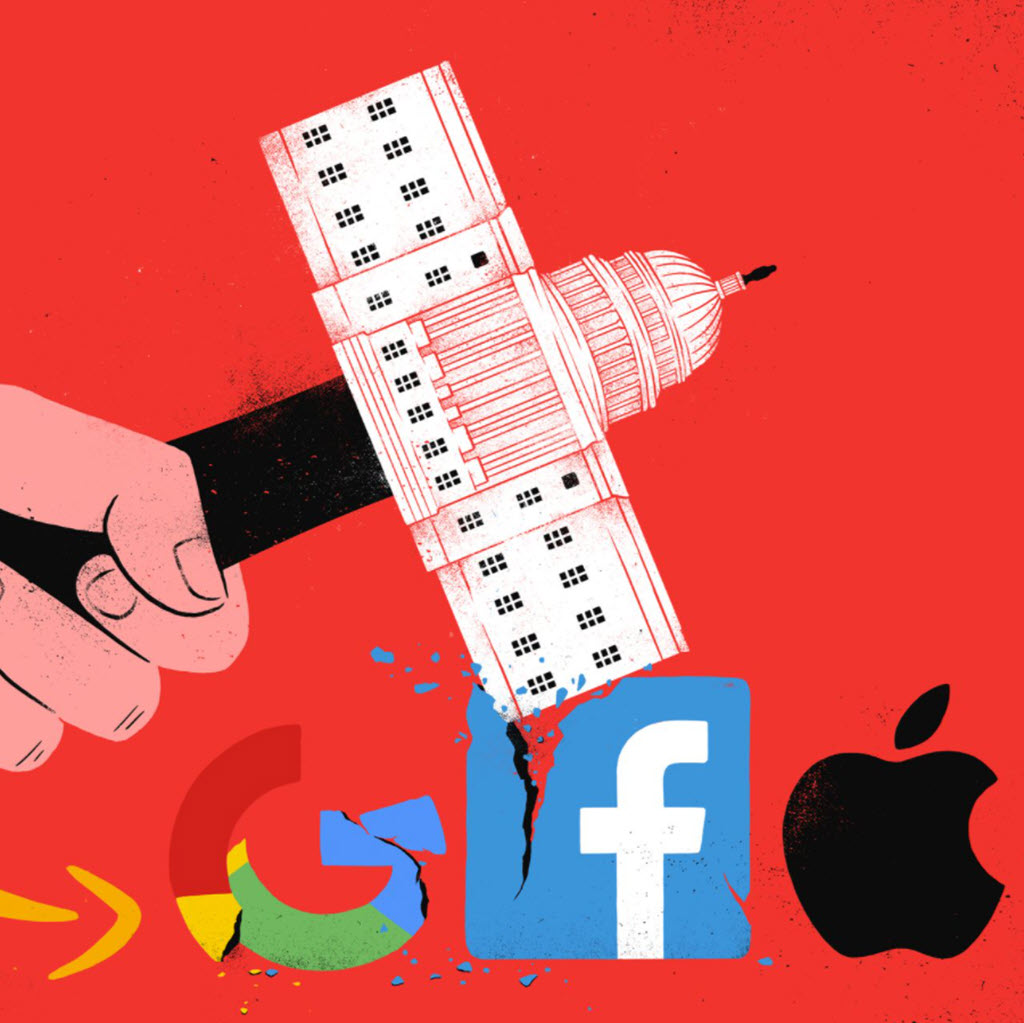 Two separate antitrust lawsuits were filed in federal court against Facebook last week – one by the Federal Trade Commission, the other by the attorneys general of 46 states. The New York Times calls them “the most meaningful attempts to check Big Tech’s power in two decades.”

Maybe that’s true, but squint your eyes and it’s not a ringing endorsement. It’s more a damning indictment of government inaction over the last twenty years. The last major antitrust action in the United States ended in 2001, when the DOJ ended a multi-year lawsuit and trial against Microsoft with a settlement that changed virtually nothing. That doesn’t mean it wasn’t a valuable exercise! Microsoft’s post-antitrust stress about the case caused it to be a better citizen going forward; it’s an important reason that Microsoft has pivoted to enterprise services, thereby bypassing most of the current controversies about big tech companies.

Since 2001, there has been no meaningful attempt to enforce antitrust law. There were some flurries, like the failed attempt to prevent the AT&T/Time Warner merger, but nothing successful that mattered. There’s a reason for that – we’ll talk about that in the next article. 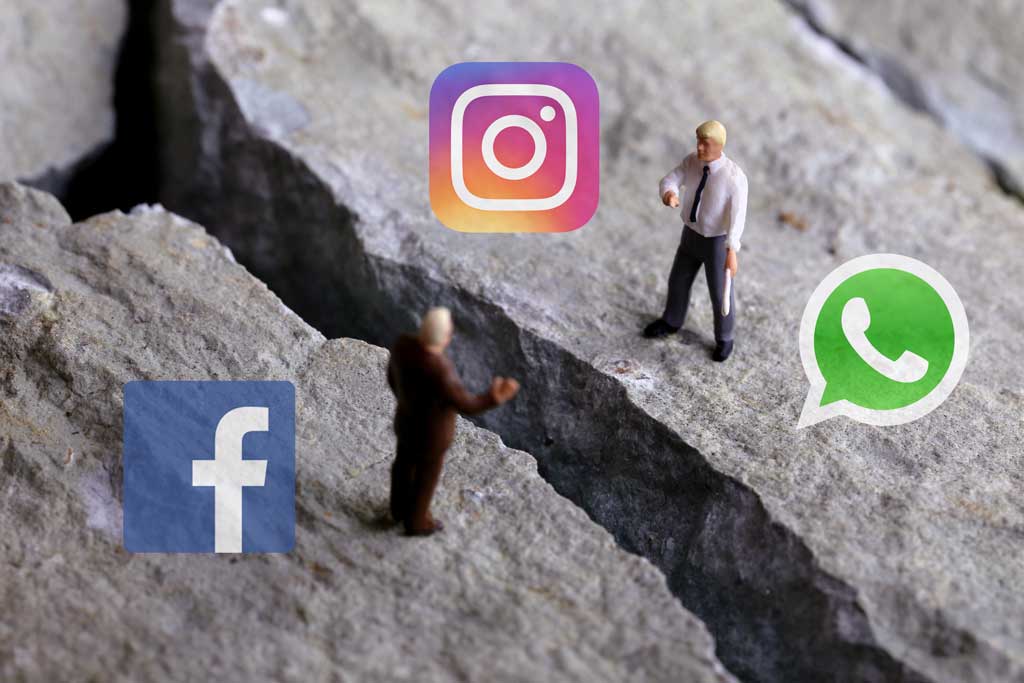 In the last couple of years, complaints about Facebook have focused on two issues:

Privacy  Many people are concerned about Facebook’s collection of personal data and the way it has shared that data with third parties.

Content moderation  There is nonstop controversy about Facebook’s choices as it tries to moderate the tsunami of content posted every day.

This lawsuit will sure teach Facebook a lesson about those problems, you betcha! The government focused on the important issues like a laser. The antitrust lawsuit seeks to break up Facebook by undoing its purchases of Instagram in 2012 and Whatsapp in 2014.

Wait. What? What do Instagram and WhatsApp have to do with anything?

Yeah, okay, you see the problem. The antitrust lawsuits have nothing to do with anything that matters in 2020.

A few months ago I wrote an article about arguing at cross-purposes about tech policy. My point was that antitrust issues are not the same as problems with content moderation or consumer privacy. These lawsuits prove the point.

The news coverage of the antitrust cases will not be careful about making that distinction. There is a hunger for some action against Facebook, but details are important. These lawsuits will not make Facebook more careful with your data. They won’t make Facebook do a better job of moderating content. These lawsuits very much fall in the category of: “Someone should do something about Facebook. Oh, look, the FTC did something! So that’s good, right?”

There are problems with the antitrust lawsuits against Facebook.

When Facebook acquired Instagram in 2012, Instagram had thirteen employees. Instagram was growing, sure, but it was a relatively tiny company and its success was by no means assured. The FTC reviewed the proposed deal and allowed it to go forward.

WhatsApp is an instant messaging platform. At no time was it “competition” for Facebook, either in 2014 or if it is spun off as a separate company tomorrow.  The FTC allowed Facebook’s acquisition of WhatsApp to go forward after a review in 2014.

Both Instagram and WhatsApp flourished under Facebook’s control, gaining users and status. Forcing Facebook to sell them off, though, depends on proving that it was anti-competitive for Facebook to have bought them in 2012 and 2014, not because Facebook built them into companies that might be successful today.

The lawsuits are based on three arguments that will be problematic when they are scrutinized by the courts:

Argument 1: “Although the FTC approved the acquisitions six and eight years ago, technically the approvals said the FTC could say “Oopsie, takeback!” later, even though that’s never been done on this scale in history.”

Argument 2: “Instagram has turned into a giant social network that would be competitive with Facebook if it was a separate company today. So it must be okay to unwrap a deal done in 2012 even though that wasn’t remotely obvious then. And somehow that makes sense even though at any time, in 2012 or today, if Facebook didn’t own Instagram, it could have folded similar Instagram-style features into its main service and likely chopped Instagram off at the knees.”

Argument 3 (courtesy of Ben Thompson/Stratechery): “The FTC has to successfully argue that Facebook competes in a market that is limited to products that look and work like Facebook, unless a company outside of that definition (WhatsApp) was acquired by Facebook, in which case it can be assumed that that company would have become like Facebook absent acquisition, while no other company would have.”

There are some other problems with the lawsuits – there will be endless legal squabbles about the definition of the relevant market and whether Facebook’s acquisitions were anticompetitive. The lawsuits also have an additional element about third-party access to Facebook APIs that caught the attention of Techdirt’s Mike Masnick as perhaps the strongest element in the entire filing.

The lawsuits are weak and they are focused on irrelevant goals. They will be difficult to win under the standards used in antitrust cases for the last few decades.

Sounds like the FTC will have a tough time. Is there another nuance to cast things in a better light?

We are long overdue for a change in antitrust law in the United States. The separate complaint filed by the states includes some arguments that have been gaining currency in legal circles during the last few years to break the chains on antitrust enforcement under current law. In the next article, we’ll talk about Robert Bork and hipster antitrust and better arguments for reining in the tech companies.