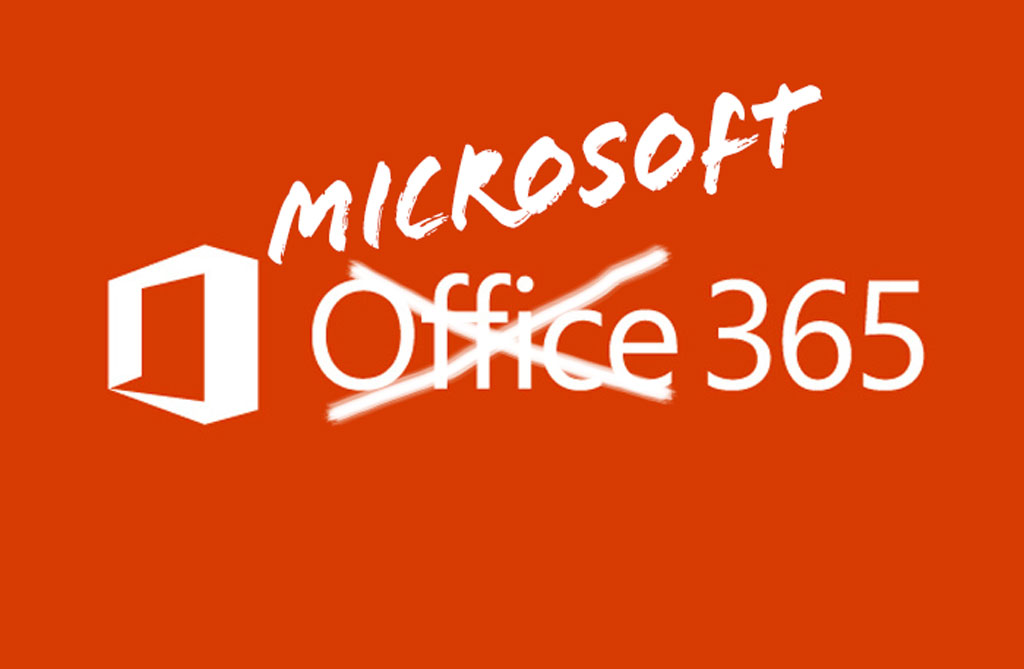 Microsoft has changed the name of “Office 365.” Were you getting used to it? There are Microsoft execs who giggle with glee when they change names to confuse us. Okay, I don’t know if that’s true but it’s the simplest explanation. I think it’s the same execs who authorize using the name “Outlook” over and over and over for wildly different products.

So don’t be put off when this article is about “Microsoft 365.” It’s not something new, it’s The License Formerly Known As Office 365. Whatever confused you about Office 365 – now you’re confused about Microsoft 365.

Microsoft has also changed the way the Office programs are licensed. I try to keep up with Microsoft licensing so you don’t have to, but somehow, somewhen, the rules changed. Imagine you keep the Monopoly rules right in front of you and you think you know them, but you pick them up and now it says whoever lands on Free Parking gets the money in the middle and you know it didn’t say that before and you don’t know how it got changed when the goddamn rules were right there the whole time? It’s like that.

It’s just the licensing that changed, the part where Microsoft gives you permission to use the Office programs. The programs are the same, except for the parts that keep changing, like the migrating mutating Outlook search bar and the buttons on the right side of the Word and Outlook ribbons that you never look at.

I have two bits of good news:

(1) If you didn’t understand Office licenses before, you don’t really have to understand them now. There’s one interesting new bit that I’ll put into the TL;DR section.

(2) I’m not going to make these articles a serious organized description of Microsoft 365 licensing. What, do you think I’m nuts? You’ve barely made it this far without bailing out. You’re just going to skim ahead looking for snarky lines. That’s okay, I would too.

Microsoft’s personal plans are cheaper than ever and amazingly flexible.

The business plans for Office licenses are pretty good, too, as long as each employee has a license that includes the Office programs. The cheap licenses that only include a mailbox won’t cut it any more.

If you’re nostalgic for the non-subscription version – the discs that you’d buy at Office Depot in a box – look, get over it, Microsoft has made them a terrible buy.

The angst of subscription licenses

In olden times, dearly beloved, a business would buy a single copy of WordPerfect and use it everywhere and forever, like a treasured antique handed down from one generation to another. The WordPerfect license key was a gift that kept giving. It’s possible that only one copy of WordPerfect was ever sold and we all used it.

WordPerfect was rendered extinct when a giant meteor hit the earth and Microsoft Word arrived to replace it, at first with long license codes that we would type in painstakingly, trying to earn Microsoft’s blessing. Once a code was accepted, the Office programs would work on that computer forever and ever, amen.

Over the last ten years, many businesses have joined the Church Of The Never-Ending Subscription, celebrating the glories of Recurring Revenue. Microsoft embraced subscriptions with fervor, and to be honest the subscriptions for the Office programs have always been quite a good deal compared to the earlier one-time purchases. But on top of general subscription fatigue, we are struggling with three specific things that make Microsoft subscriptions difficult to accept.

The first problem is that many people have no idea that the Office programs cost money. For years we bought them from Dell with new computers, which helped mask their hefty cost. Non-tech people vaguely thought the Office programs were part of Windows. To this day, I bet 8 out of 10 of my clients don’t clearly understand that they’re paying a monthly bill to use Word and Excel.

And the last big problem with Microsoft subscriptions: it’s hard to figure out what Microsoft is billing for. The monthly charges show up on the credit card bill without any indication of what they’re for. It’s up to you to remember what the credentials are to log in to an account that might be paying a bill, figure out if it’s a personal or business account, and then understand the billing structure, which has each type of license billed separately.

Microsoft sympathizes with your subscription discomfort and has therapists standing by 24×7 to help you talk through your feelings. But it’s time to come to grips with your emotions: it’s a big world of monthly licenses and we are all subscribers, like it or not.  You should understand at least the basics of Microsoft licensing. It will be good for your wallet and for your peace of mind when you’re dealing with glitches and error messages about “unlicensed products” and “deactivation.”

In the next article, we’ll go through a few interesting things to know about the current Microsoft 365 personal and business plans. It won’t be too painful, I promise. Businesses might have to upgrade some of their employee licenses, but individuals have more flexibility than ever.