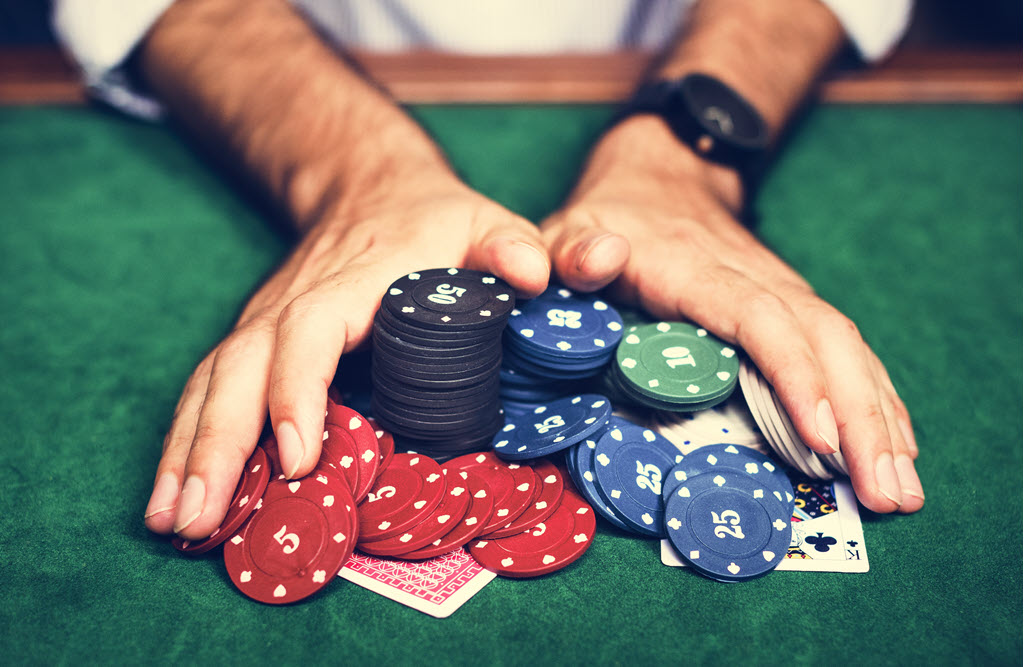 If you’re like me, you probably haven’t wasted any time on the internet lately. You know how it goes, you get involved in your work and weeks go by where you never take time to look at irrelevant websites just for fun. As far as anyone knows.

Visit the Google home page at www.google.com. (You won’t see this when you first start Chrome or open a new tab page. You have to go to www.google.com.)

There’s a button that says “I’m feeling lucky.” It’s been there for two decades, long enough that it’s become an ignored part of the background. 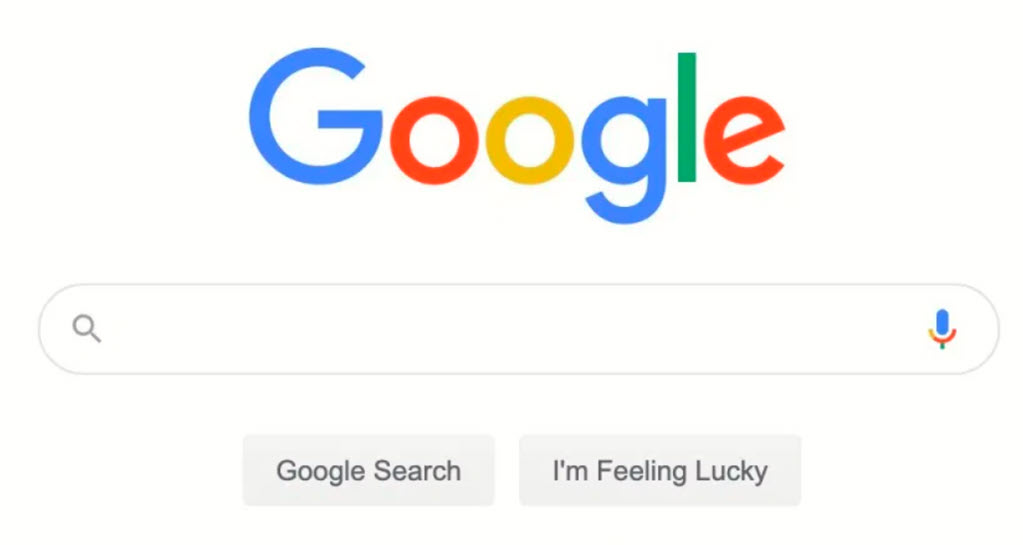 Try it! There are many more that might come up. If you click on “I’m Feeling Artistic,” you’ll likely go to an interesting museum somewhere in the world courtesy of Google Arts & Culture. (Which is another great place to kill some time, by the way.) “I’m Feeling Stellar” took me to pictures of the Reflection Nebula just now.

The I’m Feeling Lucky button has been on the Google home page since the beginning of time. If you’re very very old like me, then you may remember that the only way to do a Google search in the early 2000s was by going to the Google home page. The idea of doing a search in the address bar wasn’t introduced until the debut of the “omnibox” when Chrome was released in 2008. “Omnibox” is Google’s term for the address bar in Chrome where you can type either searches or URLs, a brand new idea in 2008. The omnibox was an important reason that Chrome looked simple and streamlined, which helped lead to its success.

In the early 2000s, the I’m Feeling Lucky button was a shortcut (and still works this way today): when you type in something to search for, clicking on I’m Feeling Lucky will take you to the first search result immediately, without ever displaying Google’s list of ten blue links. Our first searches were typically for one or two specific words, frequently business names, because that was the fastest way to find a business website. It took a while for many businesses to acquire their simple domain names, so it was faster to type in “McDonalds” and click on I’m Feeling Lucky, just in case the company hadn’t registered “McDonalds.com.” (In 1994 – early days, but still – only one-third of the Fortune 500 had registered an obvious version of their names. McDonalds hadn’t gotten around to registering mcdonalds.com when this Wired journalist looked into it.)

Take a moment, go kill some time. Maybe you’ll get lucky. Fair warning, though – if you click on “I’m Feeling Curious” (or do a Google search for “I’m feeling curious”), sure, you’ll learn an interesting fact, but then you’ll have to contend with something dangerous: the button at the bottom that says, “Ask another question.” Don’t get lost. You have work to do. 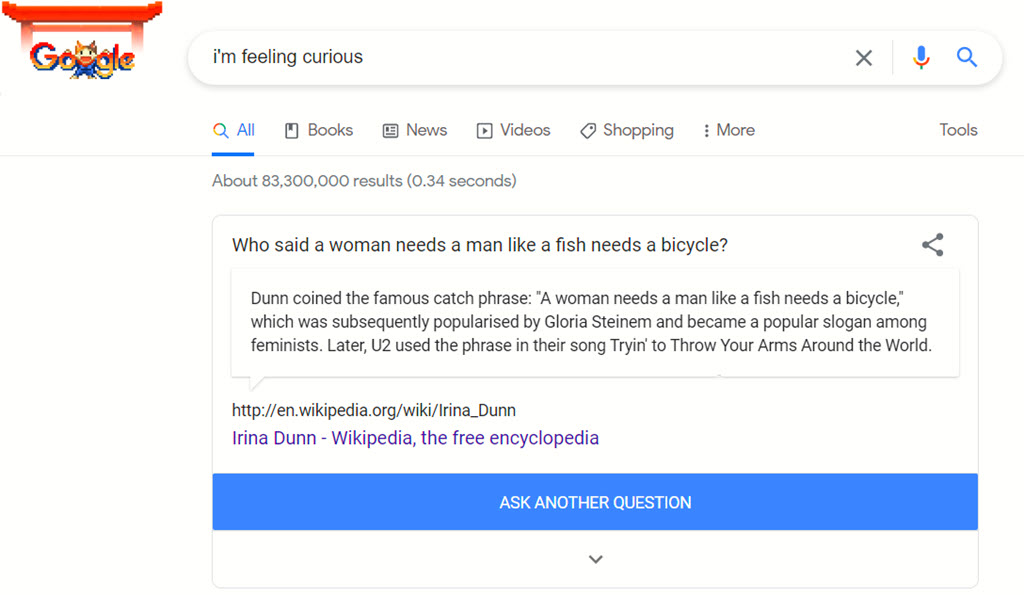