Is Your Computer Slowing Down? 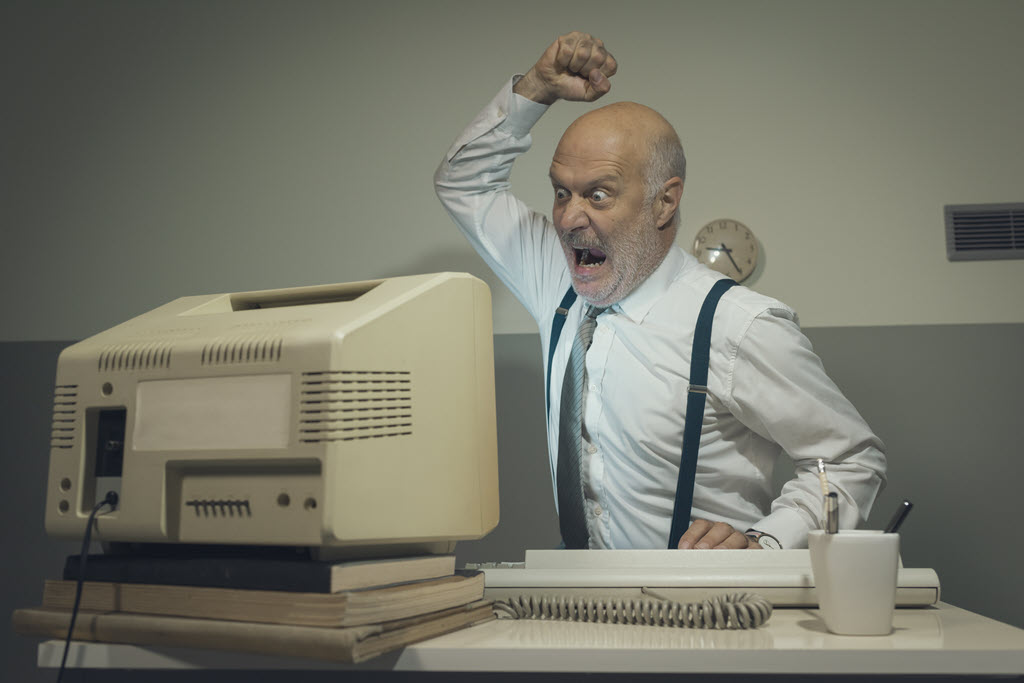 I think our computers are slowing down.

I can’t prove it. I don’t have any benchmarks. But I have a long memory of other versions of Windows that slowed down as the years went by. Windows 10 is engineered to prevent that from happening, but I get the same vibe from client computers that I’ve been taking care of for years.

It became so well known that “windows rot” has its own entry in Urban Dictionary. Windows XP and Windows 7 computers were likely to become slower the longer they were used and the more software that was installed on them. (Windows Vista and Windows 8 didn’t last long enough on anyone’s computer to know if they would degrade over time. They started out pretty degraded.)

Windows 10 is more than six years old, released to the public on July 29, 2015. It seemed Microsoft had cured the problem of Windows rot. Windows 10 kept performing consistently for years. It’s only in the last year or two that I’ve starting thinking about slowdowns.

Early on it became clear that Windows 10 can’t run well on machines with only 4Gb of RAM. There’s no surprise about Windows demanding ever-increasing amounts of memory. That’s been true of computers since the early days of using memory managers to try to get better performance out of 80286 processors. (That’s back in the mid-1980s before you were born, you rosy-cheeked young darlings.) But Windows 10 problems with 4Gb of memory have gotten worse – cheap Windows computers without enough memory are almost unusable today. Today I recommend 16Gb of RAM on new computers because Windows 10 seems to like it better than 8Gb.

Our perceptions have been skewed because solid state hard drives (SSD) also started to be widely used during the last six years. The difference in performance between SSDs and older spinning hard drives is so profound that it overwhelms everything else. If you got a new computer with an SSD in the last six years, the SSD alone makes performance so much better that you wouldn’t notice minor slowdowns for a long time.

But now I’m seeing the insidious signs of long-term performance degradation. The signs are everywhere.

It takes longer to log in and get a usable desktop. Maybe there’s a lengthy black screen, or maybe the desktop appears right away but you can’t click on anything for the next two or three minutes. You know what I mean? The feeling when you click on the Outlook icon and nothing happens and you can’t be sure if it didn’t know you clicked or it’s just being slow?

Maybe you notice that Chrome is slow to start up and load web pages. It might just be Chrome’s problem but I didn’t say this was all Microsoft’s fault – at least not exclusively. Chrome’s performance goes up and down, slows down as it gets more bloated, speeds up when Google engineers do something clever, rinse, repeat, over and over in the last ten years.

How about Photoshop and Quickbooks? Well, they’re tough to evaluate because they’ve always been slow, lumbering beasts, difficult to rouse from slumber. They’re certainly not getting any better over time.

If you check for Windows updates manually, you know they’re taking longer to install and some of them cause lengthy delays before the restart is finished. That’s also hard to interpret because Microsoft is constantly twiddling with the details of how Windows Update works. We can count our blessings that Windows 10 updates are so much improved over the completely broken mess that Windows 7 updates had become at the end of its life.

So it’s hard to get a handle on whether performance slowdowns are real or figments of our imagination as we get more impatient and high-strung in the 21st century.

I found this lengthy report testing ten different aspects of each major release of Windows 10 over the last six years – installation time, boot time, Win32 & UWP applications, disk I/O, and more. Did Windows 10 slow down over the last six years? “Well, kind of. However, most of the people will not notice this regression. We have also seen some notable improvements in the I/O department, as well as security.” It looks like the author did careful work – it’s a helpful survey. Worth noting, though, that the author describes him or herself as “not an expert. I’m just a high school student who wants to learn more about computers.” Huh. Good job! Wouldn’t have guessed.

So it’s not quite that Windows 10 has become more bloated by itself. Some parts of it are slower, some are faster, and none of the performance changes over the years are particularly noticeable.

There are many sites listing tips to improve Windows 10 performance. I’m not going to link to any because I don’t think their advice helps very much. Windows does all the maintenance it needs automatically. I don’t trust registry cleaners and it’s no longer necessary to defrag hard drives. (Don’t do that! You can harm solid state drives if you run defrag!)

Here are the things that I’d suggest.

Ultimately, though, if your computer really is slowing down and it’s not just your deep-seated psychological issues, then the cause is likely to be accumulated crud from programs that have been installed, updated, upgraded, tested, tweaked, removed, reinstalled, uninstalled, abandoned. All of it leaves digital debris behind. And even if Windows doesn’t need more resources, your programs are all getting bigger and heavier as the years go by. Programs aren’t updated very often in a way that makes them run leaner and more efficiently.

If it’s been five or six years, then it’s time to buy a new computer. As always, the best way to make your computer run faster is to replace it with a new PC with a more powerful processor and more memory and a faster hard drive.

And if that’s not feasible, remember that it’s drop dead simple to reset Windows 10 so your computer acts exactly as it did when it was new out of the box. Click on Start / Settings / Update & Security / Recovery. It takes about 20 minutes and it cures all kinds of ills. For gods sake, be careful! Don’t do this on a whim. I don’t want anyone to lose anything. It takes planning and backups to avoid any silly mistakes. But the reset feature is one of the huge improvements in Windows 10 – maybe it can do you some good.