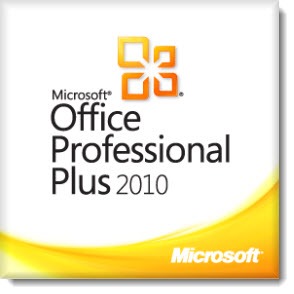 Many small businesses are using Microsoft hosted Exchange mailboxes run by Office 365. Microsoft has made it clear that it intends to push everyone to subscriptions to Office 2013 next year but Office 365 subscribers don’t have to wait for next year – subscriptions to Office 2010 are available today and there are some good reasons for many small businesses to consider them when buying new computers or upgrading old ones.

When a subscription to Office Professional Plus is purchased, the Office 365 administrator assigns it to a particular Office 365 user. A link appears in that user’s Office 365 portal to download the Office suite. 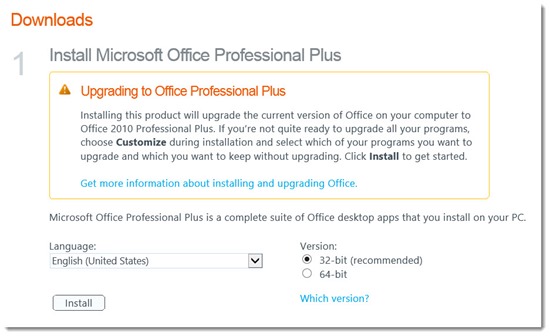 Installing the software is exactly the same as installing it from a DVD or downloaded purchase. It is the entire Office Professional Plus 2010 suite, with the core programs (Word / Excel / Outlook / Powerpoint / OneNote), plus Access and Publisher. The programs are installed locally. This is not a remote app or cloud service or anything else exotic.

When the programs finish installing, a small app requests the Office 365 credentials for the licensed user. Once it confirms that the license is valid, it disappears.

The Office programs can then be used by anyone logging into that computer for as long as the underlying subscription continues. If the subscription lapses, the programs drop into a reduced mode that makes them essentially unusable.

When Office is updated, the new version of Office is automatically available to the subscriber right away. Subscribers will get Office 2013 in February if they choose. (My bet is that the price will drop then, too, per Microsoft’s announcement last week – that’s the advantage of Microsoft selling this as a month-to-month subscription instead of a year’s contract.)

Traditionally a single license for Office Home & Business 2010 costs two hundred dollars. At $12/month, a subscription for a single person using a single computer might not be a great economic deal, although even there the subscription has an edge because it includes Access and Publisher, and it includes the upgrade to Office 2013 next year.

If a business user has more than one computer, or adds more computers in the future, the subscription comes out way ahead – the long-term cost is lower and the increased flexibility and convenience will be valuable as new computers come and go.

For the last few weeks I’ve been setting up new computers nonstop for businesses replacing their old XP and Vista computers or buying new laptops. Those businesses have kept hundreds of dollars in their pockets that they would have spent on Office licenses, in favor of monthly subscription payments that will add up to far less than the cost of all the Office licenses they would have purchased now and in the future.

I’ll be discussing this with all my Office 365 clients when they buy new computers. In many cases it will make good sense to set up the subscription instead of buying a locked-down single license from the computer manufacturer. Consumers may balk at paying an annual fee for Office instead of buying it outright but it’s exactly right for many small businesses.