The Curse Of Downtime: Preface 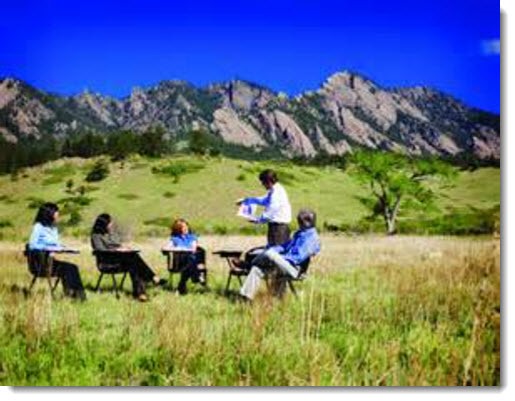 Perhaps you think it will be like this when the office server fails.

“Two weeks ago the network went down; soon after Senior Management assured the company it would have the problem fixed within a few days; now everyone is realizing it is never going to happen. Work-arounds are springing up everywhere you look, like new grass after rain. In the absence of e-mail, employees are discovering the art of speaking into phones. They are realizing that discussions that previously required three days and six e-mails can, with phones, be settled in minutes. Spam and computer viruses, both of which IT claimed were unsolvable problems, have vanished. The plague of e-mail jokes, funny at first and then not, has been eliminated. The pressure to forward chain letters under threat of personal catastrophe has lifted. In-boxes no longer fill with desperate sales pitches from co-workers trying to shift their cars, or kittens.

“To transfer documents from one location to another, workers tighten their shoelaces and stretch their legs. People pass each other in the corridors, papers in hand, exchanging happy greetings. Their brains dizzy from unexpected exercise, they stop to chat and laugh. No one realized there were so many people in Zephyr. Until now, you never saw them. Until now, most people arrived at work, planted their buttocks in a chair, and the twain didn’t part until five thirty. Now the corridors are like maternity ward waiting rooms, filled with excited voices and good cheer. Lower-back pain is clearing up. Color is rising. Workers find each other more physically attractive. And nobody receives suspicious looks for leaving the department anymore, not so long as they’re clutching a sheaf of papers.

“Network – what was that thing ever good for? The workers shake their heads in amazement. Good riddance! Zephyr Holdings may not be the world’s greatest employer, the workers agree; it may have a sadistic Human Resources and an incompetent Senior Management; the company’s purpose may be a complete mystery and the CEO an out-of-touch eccentric whom no one has seen in person – all this may be true, but at least it doesn’t have a network.” (Max Barry, Company

We’ve been focusing on the wrong problem.

We’re going to spend some time in the next few weeks talking about The Curse Of Downtime. There are new tools and strategies that can leave you better situated to deal with the day the server fails and the router goes up in smoke and the line-of-business database is corrupted and the Quickbooks company file disappears.