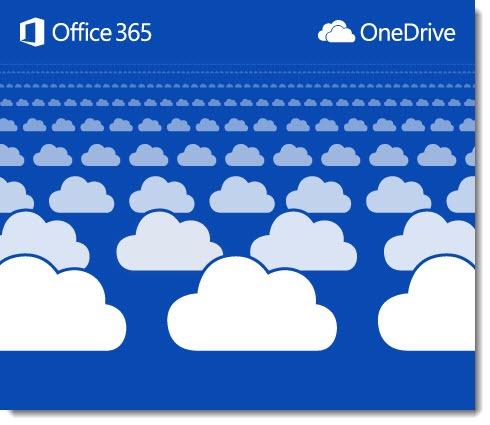 On Monday Microsoft left Dropbox and Google Drive in the dust when it announced that all Office 365 customers will get unlimited OneDrive storage at no additional cost.

The upgrade will be delivered soon to everyone with a consumer (Microsoft account) subscription to the Office programs through Office 365 Personal ($69.99/year) and Office Home ($99.99/year). Businesses with Office 365 subscriptions will get unlimited space in OneDrive for Business sometime next year. (If you have free OneDrive space with your Microsoft account but you don’t have an Office 365 license, then nothing has changed.)

This upends the business model for Dropbox and Google. They’ve been selling storage space as a commodity, currently $99/year for 1Tb of space. If you want more space, you pay more.

Microsoft has now redefined the entire category by changing the focus to Office, where other companies cannot compete. Microsoft is giving away unlimited amounts of online storage space as a feature included when you buy the Office programs – for the same price that the other companies are charging for limited storage only. Dropbox and Google do not have anything like Office that would differentiate their storage services. Sure, Google has its own subpar word processor and other apps but nothing that even remotely compares to the mature Office programs.

Why would anyone buy Dropbox storage space today, when you can get unlimited space for the same price from Microsoft and get licenses for Microsoft Office?

This doesn’t kill Dropbox. It has millions of users who will not want to migrate their data, or who prefer the Dropbox interface, or who don’t like Microsoft. (Also expect arguments about which company offers better security or does more reliable syncing. Personally I think those things are a draw but some people will have strong opinions.)

This may be the death knell for smaller companies offering similar services for online storage and file sharing who have nothing else to offer. Google and Dropbox will react by packaging services to try to differentiate themselves. But this is a true game-changer; unlimited online storage will quickly become an expectation and our focus will shift to the other things that come with it.

•  If you have a subscription to Office 365 Personal or Home, you already have 1Tb of storage. It will be increased soon to unlimited.

•  If you need more storage in OneDrive, buy a subscription to Office Personal (1 Office license) or Office Home (5 Office licenses – a much better deal). You’ll get 1Tb now and unlimited space soon.

•  Remember that OneDrive is for individuals, not for companies. Look at Box.com for unlimited storage for company files.