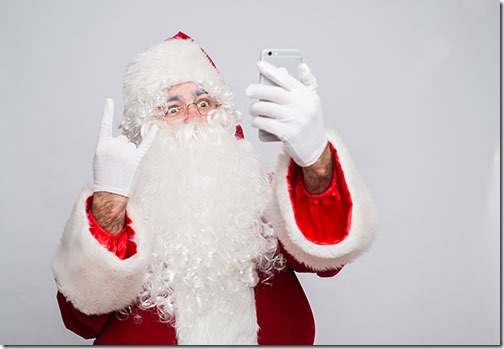 My goodness. Pause for a deep breath.

By every measure that truly matters – personal, family, friends, relationships, community – 2016 was a glorious year for me. I sincerely hope you are the same – happy, healthy, rooted, and all your dreams coming true for you and loved ones.

Breathe deeply because by almost every other measure, 2016 was quite an unpleasant piece of work and 2017 will be worse.

Sure, from our safe liberal stronghold on the west coast, I’m a bit brought down by the worst case scenarios that have popped up in my thoughts occasionally in the last few weeks. Well, more than occasionally. Roughly every waking minute and quite a few screaming nightmares. You know, species extinction, global conflict, the embrace of Idiocracy as our national governing model, that sort of thing.

My prediction: the word of the year for 2017 is “chaos.” Write it down, seal it in an envelope, open it up a year from now and see if I got it right.

But let’s focus on technology. It’s also depressing and chaotic but anything is better than looking at the big picture.

The iPhone was introduced in 2007. Mobile devices are now the undisputed focus of personal computing. In less than ten years, we’ve embraced a generational change in technology, with consequences that are still playing themselves out. Desktop computers and laptops are hardly dead, of course; they’ll be interesting and useful and the center of our business lives for many years. But we’re obviously past the peak and in the long tail of the era of desktop computing. Manufacturers and developers are focused elsewhere and in some ways our experience is deteriorating due to their inattention instead of improving with maturity.

Look at the two companies that defined desktop computing, Microsoft and Apple. Microsoft has given up on or is downplaying many of its consumer and small business-facing products (including Windows and Office) and has turned itself into an enterprise-focused company delivering cloud services to large businesses. Apple’s computer division generates twenty billion dollars in revenue but it is clearly an afterthought as Apple devotes itself ever more exclusively to its mobile products. Apple did nothing to improve its aging OS X operating system in 2016 and could barely muster the energy to deliver the long-delayed and thoroughly underwhelming new MacBook Pro laptops this fall.

Microsoft should be riding high on Windows 10, the best operating system ever released for personal computers by a wide margin. It is compatible, secure, stable, and fast, and it takes full advantage of the latest hardware advances to save power and increase performance. Yet too many of our encounters with Microsoft products create resentment and lack of trust and Windows 10 in particular has rough edges that hurt its reputation instead of helping it shine. The free upgrade was pushed too hard, using sleazy and underhanded tactics, as Microsoft got more frustrated with the low numbers of people taking advantage of it. Using Windows 10 quickly exposes odd default choices (especially on upgrades where people might lose their preferred programs for PDFs, mail and web browsing), and most Windows 10 users are faintly irritated at the effort necessary to avoid Microsoft’s Edge browser, which is not well-designed or finished. The concept behind Windows 10 includes heavy reliance on the update process to introduce new features and create a uniform experience for all Windows 10 users but in 2016 the update process proved to need serious repairs, as a series of failed updates caused everything from deceased computers to nonfunctional devices. Last week a Microsoft update broke the Internet connections for many computers for a week and it was treated as business as usual. Which is true, and that’s the point.

The Office programs ought to be rock-solid. Microsoft did a brilliant job of making them available on mobile devices for free or inexpensively, which helped preserve their place at the center of offices everywhere and delayed the inevitable free-for-all of productivity apps and formats that lies ahead. But there are signs that Microsoft has taken its eye off the ball here as well. The latest version of the Office programs, Office 2016, has had its own issues with upgrades and bugs. One of the most-read articles on Bruceb News concerns an Outlook bug that causes the list of email folders to disappear – a bug that apparently still has not been fixed after almost six months. That ought to be a trivial story but there are many, many stories like it and I find myself apologizing for Microsoft more frequently every month. Microsoft is also indulging its longstanding habit of creating too many programs and services, making the Office programs and especially the online Office 365 hub crowded and confusing.

Almost everyone has wrestled with the awful consequences of Microsoft’s worst decision – to create separate business and personal accounts and then mix up the branding so there’s no way to understand how everything relates. Microsoft offers little help for confused users, which is why my article sorting them out – my confusing article strewn with acronyms and details that normal people should never have to think about – is far and away the most popular article I’ve ever written. There is almost no non-technical user who understands Microsoft’s accounts – the accounts that are at the absolute heart of each person’s relationship with Microsoft. That’s a serious problem and I see no sign that Microsoft will make progress untangling the two systems in 2017. It might get worse, because Microsoft is about to add hooks to LinkedIn all over the Office programs, with yet another overlapping login credential. 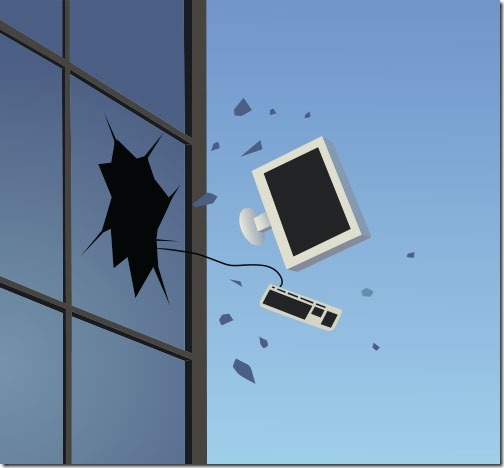 The best article I wrote this year borrowed a headline from Walt Mossberg: Personal computers are just too hard to use and it isn’t  your fault. As I wrote then: “We have incorporated these machines into our work and personal lives at a deep level. Computers should be getting easier to use, because that’s our fundamental need. We need to be able to sit at our desks and get work done without a constant stream of frustrating and irritating encounters that draw attention to just how fragile our computers are.”

That’s not happening. Computers are getting harder to use.

I don’t expect things to get better. I’ve lost faith in Microsoft’s ability to deliver a high-quality computing experience to consumers and small businesses. I hope to be wrong. I hope Microsoft improves Windows, that it focuses on fixing the update system, that it makes our computers simple and stable. I will support Windows computers for the rest of my career. But I’m a bit cynical and disillusioned as we head into 2017.

It’s part of the reason that I think Chromebooks will make waves in 2017. They promise simplicity and easy recovery if something goes wrong, at less than half the price of comparable Windows laptops. There’s a tsunami coming.

The other issue that has occupied our thoughts in 2016 is security. It is not exclusively a technology problem, of course, but that is where we have many of our close encounters with bad guys. I expect the problems to get worse in 2017.

Our lives are spent online. We are still adjusting to the idea that we are always on streets that are not safe, that there are bad guys lurking everywhere, and that we can never relax and let down our guard.

Antivirus software is almost irrelevant. The bad guys are far past the point where that will stop anything. A single errant click might reprogram your router to send you to malicious websites. If you miss the typo in an email address, you might wire money to bad guys, never to be seen again. If you follow the instructions to reset your password in a message that appears to be from Microsoft or Paypal or Google, you may open yourself up to identity theft or worse. (The DNC hack by the Russians started with a faked Google password reset message.) Call the 800 number in a security message on your computer and you will be cancelling credit cards and paying IT to rebuild your computer. Last month it was malicious links in Skype messages. Next month it will be something different, something sleazy and dangerous and just as convincing.

And those are just the security issues where you play a role. There will be many more hacks of large companies that lose control of your private information. Yahoo revealed this week that a previously undisclosed hack in 2013 had breached one billion user accounts, on top of the breach of 500 million accounts that it disclosed a couple of weeks ago. Lynda.com, now a LinkedIn subsidiary, sent a notice to 9.5 million users today informing them of a database hack that might have compromised their account information. And of course those were only the tip of the iceberg in 2016. Tumblr, MySpace, the NSA, Micros point-of-sale terminals, Netgear routers, banks, retailers – the list of hacks goes on and on. Take a trip down memory lane on ZDNet’s roundup of 2016 hacks. Or try this list from Entrepreneur, which covers a completely different set of high-profile hacks in 2016.

The only way to be safe when we use technology is constant paranoia. It is a sad reflection on our world and on the fragility of our devices. I expect the bad guys to get smarter and more devious in 2017. 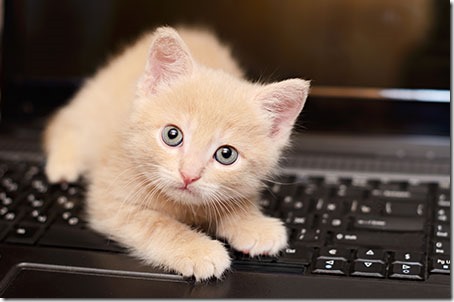 Time for me to take my own advice and breathe deeply and relax. Sheesh! I’m turning into a cranky old man.

Life is good. Our computers will be trusted tools in 2017, just like 2016 and every year for the last couple of decades.

As always, I am profoundly grateful to my loyal clients, friends and readers for allowing me to help sort through the technology clutter and keep your computers running smoothly. I am looking forward to the challenges and opportunities that the next year will bring. All my best wishes for happy holidays and a prosperous new year!

This will be the last Bruceb News article until next year. Thank you for your support!