Chromebooks Will Change The World (Someday. Not Today.) 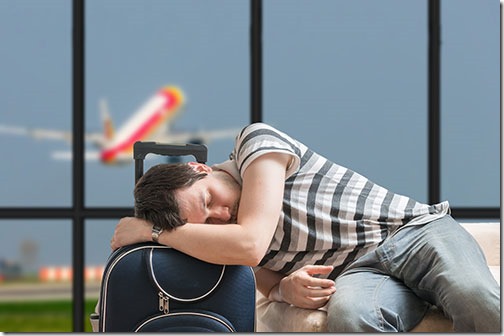 Chromebooks are poised to change the world. Delicately balanced. Teetering on the edge. Any day now, they’re going to take off. Whoosh! Any day now.

Chromebooks are low-cost laptops that run Google’s ChromeOS instead of Windows. ChromeOS is basically the Chrome web browser taught a few new tricks and dressed up so it works with laptop hardware. They are simple to use, secure, fast, feature long battery life, and they’re always up to date.

A few years ago we were deeply invested in programs that required Windows, but our world has changed. Ninety percent of your time on a computer now is spent in a web browser, or doing things that could be done in a web browser with a minimum of effort. A Chromebook won’t do everything that a Windows laptop does, but it will likely do almost everything you need – and a Chromebook costs one third to one half as much as a comparable Windows laptop. A lot of people will be tempted by the low price tag.

There’s a bit of a holdup.

Google is in the middle of a lengthy project to adapt ChromeOS so it can connect to the Google Play Store and run Android apps. You will be able to get a laptop with a touchscreen that runs all the apps that run on your Android phone for two or three hundred dollars, maybe a bit more for a premium business model.

The Android/ChromeOS project was announced last summer. Google never announced firm dates but there was a strong belief that a new generation of Chromebooks capable of running Android apps would arrive in time for 2016 holiday shopping.

Then things went quiet. Word began to trickle out that this was turning out to be a hard project with a number of unexpectedly difficult bits. Google does not want to burden developers with rewriting their apps but most Android apps are written for phone screens, of course, and they need lots of help to run on a laptop screen – they look funny in a window shaped like a phone, but they frequently look terrible or crash if they’re expanded to fill the laptop screen.

And a second type of problem: Google is wrapping each app in a container that allows the Android app to share information with other apps (think copy and paste), plus allowing the app to interact with the Chromebook hardware. Bugs and crashes abound. Google engineers are being forced to tweak the system for each individual laptop. Work is going slowly.

There was an additional delay, heightening the suspense, but ChromeOS 56 was finally released on February 9 and, and, and (drumroll) . . .

Support for Android had been stripped out at the last minute and punted down the road.

That’s not completely true. You can buy a handful of very specific Chromebooks on the market today and get built-in support for Android apps. ChromeOS 56 added one additional model to the short list. But clearly this is not a feature that is ready for the spotlight. 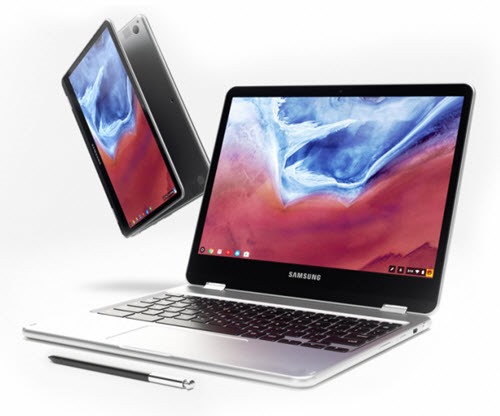 Interestingly, a spotlight is being turned on today anyway. Google and Samsung have collaborated on a semi-“official” Chromebook that both companies intend to be the Chromebook flagship, the best and the purest Chromebook experience. The Samsung Chromebook Plus goes on sale today. Samsung and Google will start doing heavy advertising soon, partially to sell that specific model but even more to educate people about the Chromebook concept. The companies hope to convince you that the Chromebook Plus will not only meet your needs but also give you a truly first class experience – a bright, crisp, high resolution touchscreen display, a 360 degree hinge so it can be used as a tablet, fine keyboard and trackpad, built-in stylus, premium business quality hardware: basically a worthy competitor to the iPad Pro and Surface Pro 4.

The true killer feature is the price. It’s $449. You can buy two Samsung Chromebook Plus laptops for the cost of a single Surface or iPad.

In a couple of months Samsung will ship the Chromebook Pro – exactly the same device but with a faster Intel processor for another hundred dollars. Chances are you won’t need the extra power. Most of you won’t use a Chromebook as your primary power computer. It will be the disposable device. The Samsung Chromebook Plus is the upper end of what you’ll spend for a Chromebook.

But right now isn’t the time to buy. Every review of the Samsung Chromebook Plus and Pro devices says the same thing: the hardware is excellent, ChromeOS is a joy to use, Chromebooks are magical; BUT running Android apps is an exercise in frustration, and that’s such an alluring promise that it compromises everything else. Android integration is still in beta and will likely require at least two or three more months to become polished.

I still think Chromebooks will sell quickly in the consumer market when the Android integration works smoothly and manufacturers start to promote cheap new models. Here’s an article in Fast Company that takes a more skeptical look, predicting a longer run-up before people will change their behavior. Regardless of the timeline, a lot of industry people believe Chromebooks are likely to have a big impact on the laptop market, accelerating the process that is pushing Windows aside for everyone except business users.