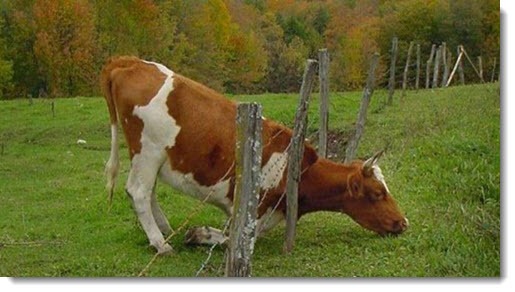 Google is trying to make the grass look greener in its walled garden, hoping to lure businesses that might otherwise stay loyal to Microsoft. The change it has announced sounds innocuous but might have big consequences in the long run.

Google is adding native support to Google Docs for editing, commenting, and collaborating on files in Microsoft Office file formats.

In other words, you’ll be able to upload a Word document (.DOCX), an Excel spreadsheet (.XLSX), or a PowerPoint presentation (.PPTX) to Google Drive and work on it directly in Google Docs. When you’re done, it will still be a Word, Excel, or PowerPoint file. But you’ll have been able to work on it with all the things that Google Drive brings to the table – speed, automatic saving of updates and changes, and easy collaboration.

There has been a divide between businesses, almost a generation gap. For decades, businesses have used Microsoft Office programs exclusively for documents, spreadsheets and presentations. The Office file formats are an important reason that we still use Windows computers in our offices. Microsoft has been extending the life of the Office franchise by leveraging that nostalgic loyalty with mobile and online services like OneDrive and the online versions of Word, Excel, and Powerpoint.

But there is a long-term threat: younger businesses did not grow up with Word and Excel and feel no loyalty. Instead, they are attracted to Google’s online apps, which are not as feature-rich – but perhaps simpler is better. Google Docs is blazing fast, it encourages collaboration, and it is online-only so there are none of the difficulties that Office users experience constantly with licenses and updates.

At the same time, kids are going to school with Chromebooks, growing up in Google’s universe with virtually no exposure to the Office programs. They will be unsympathetic when they join the workforce and are told to use installed programs like Word and Excel.

Our lingering loyalty to Office file formats is still important but Microsoft is well aware that the world is changing. Microsoft is now building its ecosystem in enterprises: building services around its online identity system Azure Active Directory; leveraging its presence in corporate server closets with hybrid Azure deployments; and integrating business apps to make it easy to adopt Microsoft solutions for collaboration (Teams), customer relationships (Dynamics CRM) and more.

Google is competing with its own enterprise services, including G Suite, and it will have an easier time if it can absorb the trillions of files in Office file formats without disrupting business work flow.

Support for Office files is coming to Google Drive for G Suite customers right now and should be fully available by the end of May. Regular users of Google Docs, Sheets and Slides will get native support of Office documents as well, maybe this month, maybe slightly later.

You will be able to open and edit these Office file types in Google Docs/Sheets/Slides:

It has been a pain to work with Office files in Google Drive until now. There’s been an Office file viewer but to edit Word or Excel files, they have to first be converted to formats supported by Google Docs (frequently with loss of formatting), and it’s been impossible to return a file to an Office file format cleanly. Now a business can work on Office files using familiar Google Docs tools for editing and collaboration, and exchange them with traditional offices using Word and Excel without any friction.

There are bound to be compatibility issues, especially in early days, but Google will presumably be motivated to solve those. It must feel it has made progress on compatibility problems to have made this announcement in the first place.

This is only one of a number of aggressive moves by Google into the business world. At about the same time, Google and Dropbox announced that Dropbox Business users will be able to create, search for, and edit Google Docs/Sheets/Slides files from within Dropbox.

Old-timers do not even consider alternatives to Word and Excel because they seem so inevitable. Be prepared for that feeling to be cast aside by the youngsters moving into the workplace.