Try The Online Versions Of Word, Excel, And Powerpoint

I’m going to suggest something crazy.

I want you to try using the online versions of Word and Excel.

Did you know there were online versions of Word and Excel? A lot of people don’t know they exist.

Not only do they exist, but – dare I say it? – they’re pretty good. Microsoft has been working to make them very similar to the desktop versions (and vice versa), with most of the features intact. They are easily accessible from OneDrive and Dropbox.

I’ve written three articles about Microsoft without saying anything snarky. Do you know the self-restraint required for that? And here, at the thrilling conclusion, I still have nice things to say. I must be mellowing in my old age.

Let’s do a quick recap. If you’ve been following along, then the world of Microsoft is more comprehensible.

If you have documents in OneDrive or Dropbox, there are good reasons to use the online Office programs instead of the desktop programs. People in Google’s world use Google Docs and Google Sheets without a second thought. It’s time for us to learn from their example.

I’ll tell you a few things about the online versions of Word, Excel, and Powerpoint, then in the next article we’ll turn to Outlook webmail. If you use the desktop version of Outlook, there are some things you need to know about its future, which is tangled up with Outlook webmail.

Ten years ago Microsoft introduced lightweight versions of Word, Excel, and Powerpoint. It has steadily improved them – integrating them with OneDrive and its other services and making them more responsive. The web apps and the desktop programs resemble each other more all the time.

Although the programs are free, you’ll have to sign in with a Microsoft personal or business account to have the best experience. As I’ve said, if you’re a small or medium business user with both a personal and a business account, I want you to choose one and use a single account for virtually all things Microsoft, including the online Office programs.

The Office.com website shows a selection of recent files and ways to open or start your work. There are also icons down the left side to choose a particular program or go to OneDrive or Outlook. 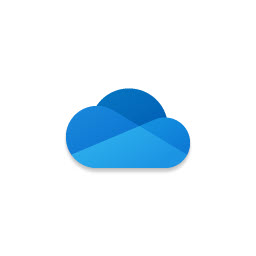 Also recommended: start from the OneDrive or Dropbox websites

It’s the easiest way to search or browse through your files. You can open an existing Word or Excel file with a click, or create a new one from the dropdown menu under New. 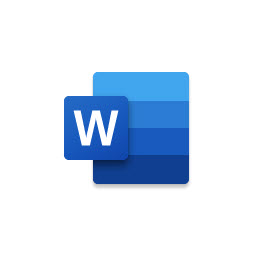 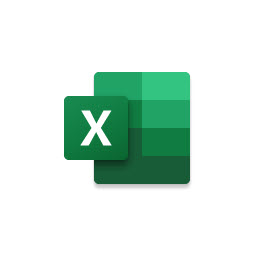 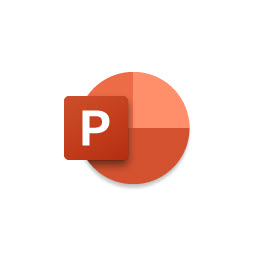 Another alternative: use the direct shortcuts above to each individual program 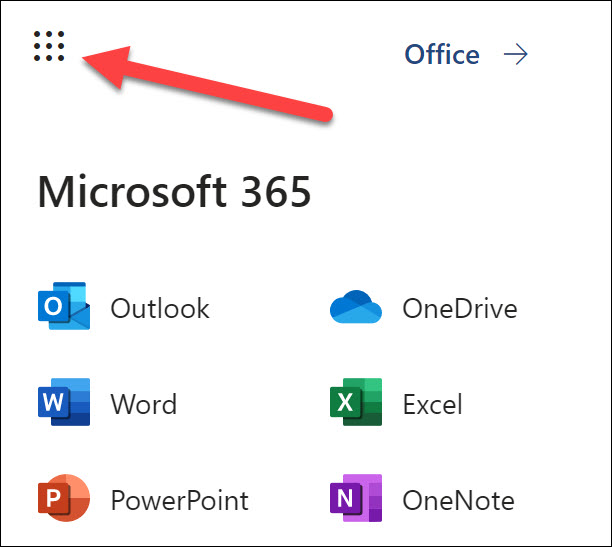 An easy one to remember: every Microsoft service has a grid of dots in the upper left

Click on the grid to open a list of all the services – Outlook webmail, OneDrive, Word, Excel, Powerpoint, OneNote, and more.

How to use Word, Excel, or Powerpoint online

You are accustomed to working in a certain way. Most of you click on the icon for Word or Excel, then start a new file or browse to a file you’ve already created.

Some of you open File Explorer and find a file, then click on it to open Word or Excel.

I want you to consider doing something different.

Whoa! That feeling of lightheadedness used to be called “the vapours.” Shake it off! You’re stronger than that.

(If you actually fainted, this probably isn’t for you.)

If you’ve been following along and OneDrive is backing up your folders, you can go to www.onedrive.com and find all the files on your desktop and in the Documents folder. Browsing through them isn’t better or worse than browsing on your computer, it’s just different.

You can do a full-text search or browse through folders to find a file. Your search results on the website may be better than on your computer.

The important thing is that if you click on a Word or Excel file in OneDrive, it immediately launches the online version of Word or Excel to edit the file.

If you’re a Dropbox user, you can browse through your files if you log into your account at www.dropbox.com. When you find a file, click on Open, then choose Word/Excel for the web from the dropdown.

Your work is saved automatically and continuously. You don’t have to remember to save anything. There are more details about how that works in this article.

You’ll start with the simplified toolbar. If you click the down arrow at the far right, you can see the full toolbar. Both versions of the toolbar look very similar to the desktop program. It’s all very pleasant and familiar.

Not all features are available online – the programs can’t run macros, for example. It only takes a single click to switch from the browser to the desktop version of Word or Excel if you need to.

I’ve been working almost exclusively in the online apps for the last few months. The unexpected surprise is that nothing was very surprising.

Try a few new things! In the next article, we’ll look at Outlook webmail and how it may change the desktop Outlook program.