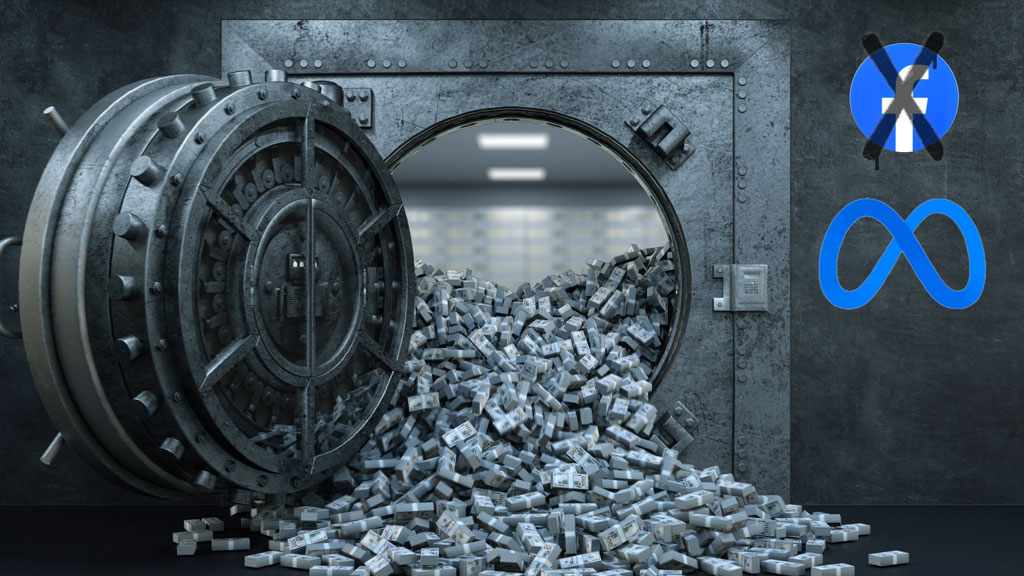 Been reading the tech news? You’ve probably seen all kinds of speculation about the reasons for the name change. Most journalists figure that Facebook is just looking for a distraction from its problems. And it has problems! Facebook is under pressure from regulators and lawmakers for all sorts of perceived evils. It has image problems caused by its failures to moderate nasty content effectively. It is bleeding from self-inflicted wounds caused by its lackadaisical attitudes toward user privacy and tone-deaf responses to the complaints.

Sure, whatever. It’s all true. But let’s talk briefly about what it means to simply take Mark Zuckerberg seriously.

First, make sure you understand that you’ll still use Facebook and Instagram and Whatsapp. Those names aren’t changing. All three of those services are wildly profitable. The company isn’t going to confuse users all over the world. It’s the parent company that is now named Meta, just as Google’s parent company is named “Alphabet.”

The company – “Meta” – is working on new projects in addition to Facebook/Instagram/Whatsapp – new technology that will not pay off for many years. Maybe not ever! But if Zuckerberg is right about the future of technology (and I think he is), it will put Facebook in a good position to participate in a technology wave that will be as disruptive as the Internet. That’s not hyperbole. It’s not science fiction. Zuckerberg’s right. This has the potential to rearrange our lives.

Facebook began its efforts in augmented reality (AR) and virtual reality (VR) years ago. The most obvious step was the purchase of Oculus for its VR helmets. Facebook has invested money in improving Oculus products in the last seven years, so far with no particular impact. The VR market remains negligible.

From the outside, spending even more money on VR seems quixotic and futile. But Zuckerberg promised that Meta would spend ten billion dollars on AR/VR next year, and the same amount or more every year going forward.

The next new products will be a series of improved VR helmets. The next generation Oculus Quest Pro is expected in 2022. Each new generation will be lighter and better quality and there will be more good games. Facebook – sorry, Meta – will promote a VR environment for meetings and fun get-togethers with lots of commercials showing avatars gathering to play virtual games and drink virtual vodka and attempt to have virtual sex, which the software won’t allow. After a year and a half of Zoom fatigue, perhaps the world will be excited about a more interactive experience for remote work. I mean, I doubt it, but maybe.

My guess is that the VR market will remain negligible. Oh, they’ll sell more VR helmets as the years go by. There will be more things to do with them and more importantly people will begin to be aware of them. Maybe there will be a season where a VR helmet will be the hot Xmas toy – that would help public awareness.

VR helmets are not the things that will create a new future.

At some point Meta and Apple will begin to release augmented reality glasses. Those are the ones that you can see through so you can wear them in the real world – but you can also see digital things that appear to be integrated with the real world. If everyone had AR glasses, you could get together with friends in real life and play virtual cards that appear to be in your hands. When the cards are laid down and you have the losing hand, the winner will scoop up the virtual jackpot while the cards turn into a virtual snarling wolverine that appears to rip out your virtual entrails. Something like that, anyway.

AR glasses are already being adopted in factories to assist workers. Health care workers are wearing them to get digital overlays to assist in surgery and diagnostics. Enterprises will begin to use them for virtual meetings. Games will be developed that are so compelling that they become a worldwide phenomenon. Remember Pokemon Go, when crowds were racing over fields and through intersections to catch little digital creatures that could only be seen on a phone? Like that but more fun – and more popular.

The first AR glasses will be surprisingly well polished. Meta is spending ten billion dollars a year to get them right, remember? And Apple is working just as hard. But this is one of the most difficult problems in computer science, so it will take years to work out technical kinks to make them high resolution and capable of difficult AI computation to mesh with the real world without being heavy and clunky.

Once the market begins to develop, the technology will seem to advance quickly. That will be the payoff for the years of investment that has already begun and that Facebook just announced so publicly as the future of the company. Apple hasn’t changed the name of the company but it is just as committed to developing augmented reality. Tim Cook is looking ahead just like Mark Zuckerberg and reaching the same conclusion.

Imagine just a few of the things that can happen if augmented reality gear becomes widespread.

AR has the potential to reduce or eliminate our need for phones. The AR glasses will include all the tech needed to connect by voice or video, plus messaging.

In theory the AR glasses would also be able to take all our pictures and videos but I see technical issues with that. (Basically: the glass frames can’t be big enough for the optical components; there’s no good way to take a selfie – which was a big reason that Snapchat’s glasses weren’t successful; and the idea will ignite a huge privacy debate.)

The AR glasses could also replace our computers. They’ll be able to generate a convincing monitor and keyboard/mouse for traditionalists, and the companies are working on innovative input methods that work even better in AR. Facebook has an early prototype of a wristband that measures nerve impulses.

A technology revolution looks like science fiction before it happens; then the science fiction becomes routine. Fifteen years ago if I asked you to predict what the world would look like in 2021, would you have predicted that a tiny device in our pocket would dominate our lives and our technology? Microsoft had been working on smart phones for years at that point. But Apple didn’t release the first iPhone until fourteen years ago. It’s only in hindsight that it seems so obvious.

In other words: when you pick up your phone in the morning and browse through your pictures and get a map of your driving route and read your messages, which part of your life today isn’t science fiction?

AR requires that kind of vision. If the tech companies can make it work, it will seem obvious in hindsight.

Pretty rosy vision of the future, eh? Let me add one more note.

I don’t think Facebook will succeed in dominating the world of augmented reality if/when it arrives.

Facebook’s image problems are dire and difficult. I don’t know if the company as we know it will survive. Its future attempts to branch into AR will be tainted, since Facebook’s primary pitch to AR users will be community networking, basically the next generation of the Facebook feed.

The opening will be there for another company to come in without Facebook’s baggage. Maybe it will be Apple, because Apple is likely to have the most appealing and polished technology for consumers. Maybe TikTok, maybe a company we haven’t heard of today.

Facebook has issues. As we sit here in 2021, it’s hard to see the world accepting Facebook as the custodian of the metaverse.

But it won’t be for lack of trying, and certainly not for lack of investment, at least as long as Zuckerberg is in charge.