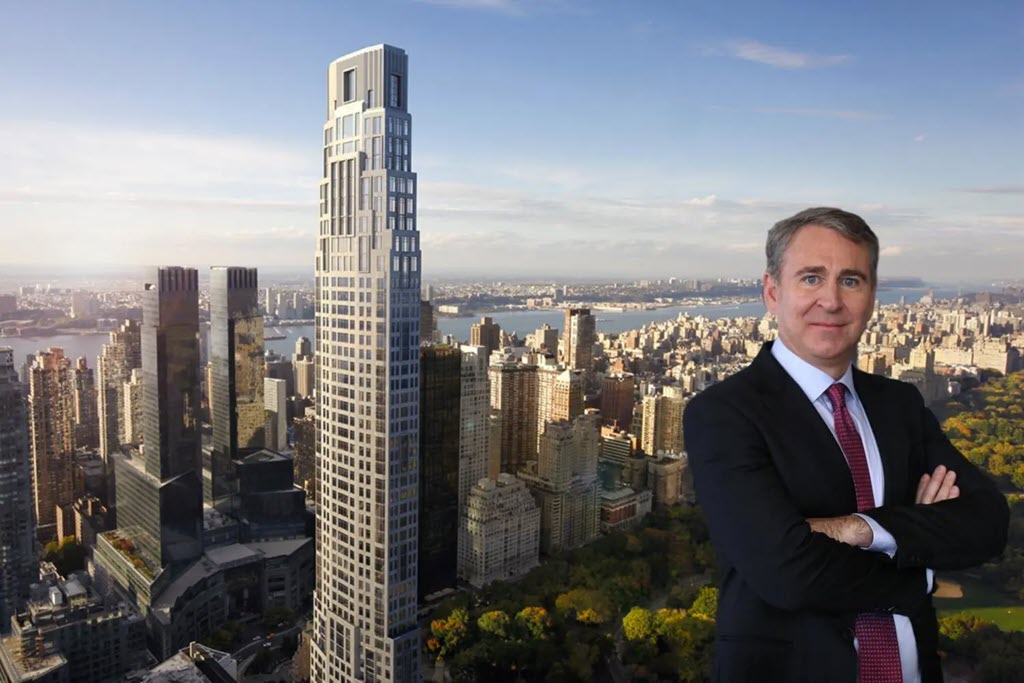 On November 19 a group of 17,000 crypto adventure seekers failed to buy a copy of the US Constitution at auction.

The winner was bidding anonymously and was only identified after the auction was over as Kenneth Griffin, a hedge fund manager with an estimated net worth of $21 billion.

You’ve never heard of Ken Griffin, so you don’t know why the announcement of his name as the winning bidder caused thousands of people to erupt in howls of outrage and disgust. It’s a good story!

I’m going to say terrible things about Kenneth Griffin. I’m going to impugn his motives and make fun of things he’s done and generally have a wonderful time at his expense.

I don’t know Ken Griffin. I’m guessing at things that might not be true. He probably loves his mother. He might have fulfilled a childhood ambition of owning a bit of American history and now he’ll go back to his other hobbies of caring for black veterans and protecting voting rights.

But I suspect he’s a dick, so I’m going to speculate wildly because that’s much more fun to write.

What Ken Griffin does for fun with $21 billion

Ken Griffin is the kind of billionaire that makes everyone resent billionaires.

He made his money the new-fangled way: by going to Harvard and immediately diving into the complicated world of high finance that makes rich people richer. High finance types don’t always care very much about actually, say, improving the world, and sure, occasionally there are some oopsie moments when they inadvertently crash the world economy, but rich people get richer and that’s what counts, right?

Griffin is the founder and CEO of Citadel LLC, a huge multinational hedge fund. We’ll come back to Citadel shortly.

Kenny – you don’t mind if I call you Kenny, do you, my friend? Kenny doesn’t understand why a massively rich white billionaire ought to show any self-restraint whatsoever. And he’s right in tune with the spirit of 2021! In today’s world, Elon Musk and Jeff Bezos play with rocket ships for fun, whiz whir whee, so why should Kenny hold back?

But Kenny doesn’t play with frivolous billionaire toys like spaceships. He stays focused and buys what he loves, which is really big houses, like the most expensive home ever sold in the US, a $238 million New York City penthouse. And Calvin Klein’s seven-acre $100 million oceanfront Hamptons estate. And another $750 million of real estate in Chicago, New York, Miami, Palm Beach, and Florida. And a 16,000 square foot mansion near Buckingham Palace. And multimillion dollar homes in Aspen and Hawaii.

But that’s not the only way he has fun! Kenny baby – is it okay if I call you Kenny baby? Great! Kenny baby likes art. Really expensive art, which is the best kind, right? He bought two paintings from David Geffen for $500 million, the largest private art deal ever. He’s got paintings by Cezanne and Jasper Johns and Willem de Kooning and Jackson Pollock. Last year he bought a painting by Jean-Michel Basquiat for over $100 million.

Don’t get the wrong idea! Our Kenny doesn’t just spend money on himself. He gives away oodles of it, especially to places that stroke his giant erect manly ego. Why, he’s contributed to the University of Chicago, which renamed its econ department to the Kenneth C. Griffin Department of Economics. He contributed tons of money to a museum in Chicago which will be renamed the Kenneth C. Griffin Museum of Science and Industry. He funded an addition to the Art Institute of Chicago that will be named Kenneth and Anne Griffin Court. You can walk through the Kenneth C. Griffin Hall at the Whitney Museum in New York, and browse the Griffin Galleries of Contemporary Art in Chicago.

There is nothing quite like that combination of obscene wealth, philanthropy, and unrestrained self-promotion. It’s the American way!

And as you might guess, our cuddly Kenny-bear hates laws that might increase taxes on rich people, and he loves Republican lawmakers. He’s contributed hundreds of millions of dollars to Republican PACs and individual Republican politicians, the best people, people who can be counted on to be reliable and pliable and dependable, people who will destroy American democracy if that’s what it takes to keep the world safe for obscenely wealthy white men, people like Kevin McCarthy and Marco Rubio and Rick Scott and Kris Kobach and oh so many more.

A lot of people hate Kenny G on Reddit

Earlier this year, an Internet mob caused the stock price of Gamestop to skyrocket. The group egged each other on in a Reddit forum and used Robinhood for their trades, a new phone app that makes stock investments cheap and easy.

The fun of the Gamestop stock manipulation was that it inconvenienced hedge funds and Wall Street firms – short sellers who stood to lose a bunch of money. The hedge funds could afford the losses but they hate it, so it was fun to squeeze them and make them squeal. The Reddit army threw the financial world into a tizzy because people who aren’t part of the financial club are supposed to invest quietly and lose money and stay out of sight. But there was Gamestop stock gyrating up and down and a lot of people laughing and laughing and laughing. Outrageous!

So Robinhood stopped trading in Gamestop for a while, a breather while the hedge funds and Wall Street firms regrouped. Things stabilized during the pause, which made a lot of the small investors lose money.

This made the Reddit mob really pissy. And they knew who to blame! It was the fault of our favorite billionaire, Ken Griffin!

See, Citadel has a close relationship with Robinhood and also stood to lose a bunch of money for itself and its clients if the mob kept playing with the stock. So the theory is that Ken Griffin pressured Robinhood to stop the mob for a while and teach them some manners.

The theory about Citadel pressuring Robinhood might not be true, or at least the truth is perhaps more nuanced than that.

So thousands of people decided they hate Ken Griffin and starting posting crap about him on Reddit and Twitter.

Ken Griffin testified to Congress and denied that Citadel had been responsible for Robinhood’s acts. The Reddit community thought his testimony was full of lies. 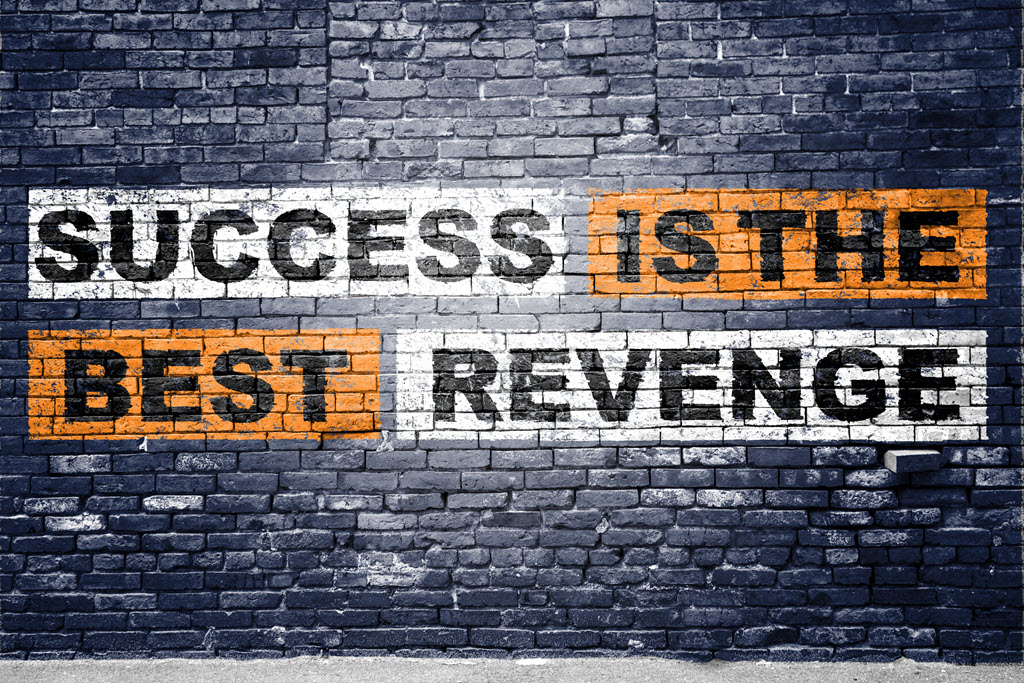 You know the old saying, “success is the best revenge”? Well, Ken Griffin has already had $21 billion worth of revenge on the little people who are beneath him. Literally beneath him when he stands looking down from his Manhattan penthouse window, holding his rock-hard ego. Allegedly.

But the second best revenge is snaking the Constitution away from people who piss you off by just existing. On November 19, Ken got his revenge, yanking the rug out from under people inspired by a worthy cause and pissing on the world of cryptocurrency at the same time. Double win!

Another fun fact about Kenny-darling: he doesn’t believe in cryptocurrency even a little bit. From Decrypt:

Last week, the executive told the New York Times DealBook Summit there are “no commercial use cases” for Bitcoin and that he believes blockchain is a powerful technology that doesn’t solve most problems. “I worry that some of this passion is misplaced when it comes to cryptocurrencies,” he added.

“Though he stated that Ethereum would likely overtake Bitcoin, he’s not necessarily rooting for the outcome. In October, he likened the embrace of crypto to a “jihadist call.”

Ken-doll also doesn’t like Internet mobs. The Gamestop mob cost him a lot of money, and they’ve been calling him names ever since, even saying he should go to jail, which is so rude.

So my theory is that he found out at the last minute about an Internet mob using cryptocurrency to buy the Constitution and the whole thing made him see red. The people contributing to ConstitutionDAO are not very likely the same people that were part of the Gamestop mess, but, but, but, oooh, it just makes him so angry. People who use cryptocurrency are financial terrorists! People who participate in ad hoc Internet movements should stay quiet and let ultra-rich people do whatever they want without interference!

So my guess is that Kenny-dear decided on Tuesday that he would join that auction on Thursday and snatch the Constitution for himself and mess up the plans of the crypto mob.

Because what is being rich for if you can’t screw up the plans of a group that pisses you off?

And that’s nearly the end of the Ken Griffin story. Our Ken is going to be magnanimous in victory. He is NOT going to roll up the Constitution and cuddle it at night in his bed. It will be displayed at the Crystal Bridges Museum of Art in Arkansas, which is a lovely hobby project of April Walton, heiress to the Walmart fortune and currently worth more than $62 billion. The right kind of people!

There is NO TRUTH to the rumor that the Constitution will be displayed in the All Bow To The Glory Of Kenneth C. Griffin wing of the museum. Negotiations continue. Allegedly.