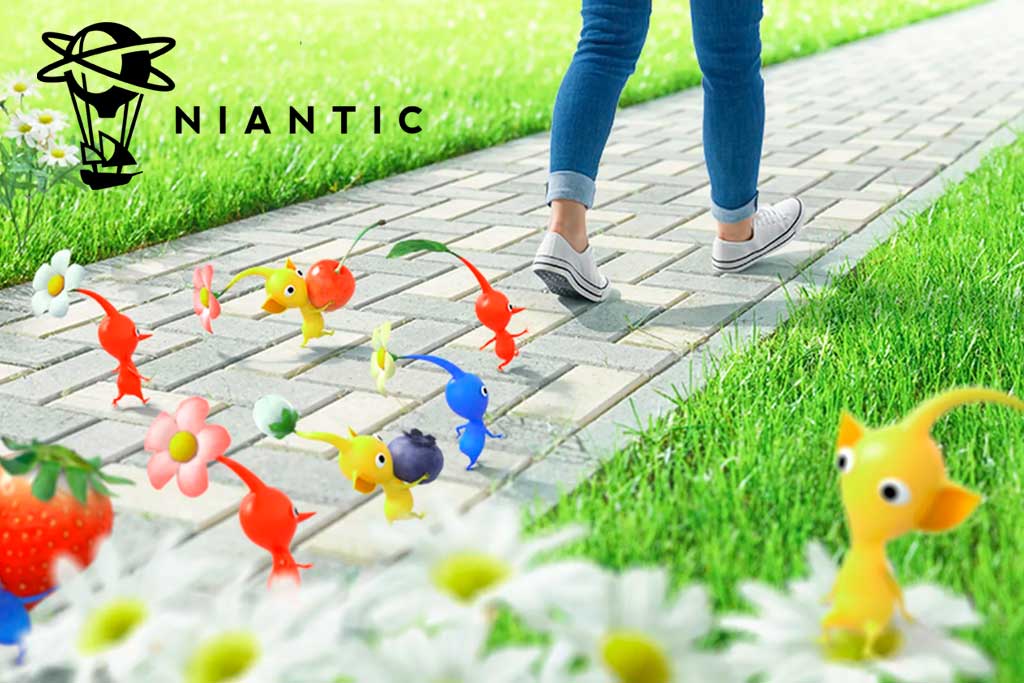 When augmented reality begins to penetrate the consumer market in a few years, Hanke might look like a visionary and Niantic might become a household name, in which case you heard it here first.

Of course it’s also possible that AR will never get past its technical barriers and Niantic will crash and burn. Technology is poised at an interesting place today, so these aren’t predictions, they’re possibilities.

Virtual reality and augmented reality are very different experiences, and they have different business models in 2022.

To enter virtual reality, you put goggles on your head that cover your eyes. You see a digital world that appears to be full-sized. The reality around you is blocked out.

In the VR world, you can play games or interact with other people. For example, you can have meetings in a digital version of a conference room where you and the others are displayed as avatars. You can do limited things with your digital hands, waving them around or gripping digital objects in the room. You can’t use a keyboard or mouse – remember, you can’t see your real hands.

As I’ve said before, there is zero chance that virtual reality will ever be more than a niche product. You know what you can’t do in virtual reality? You can’t eat or drink. Try reaching blindly for a glass of water while you’re wearing VR goggles. You’ll spill it all over yourself when you try to tip the glass to your lips. That’s not a trivial problem. It’s the central problem. When you start a virtual reality session, you are cut off from everything around you.

So why is Facebook pushing a virtual reality metaverse?

Facebook/Meta’s promotion of the VR metaverse has three parts.

1) Facebook/Meta can make money on VR hardware right now, today, because it has a head start over competitors. Oculus Quest 2 goggles are priced aggressively and provide a pretty good experience. They might not become a mainstream product used by billions of people but there is still money to be made from niche products.

2) Facebook/Meta hopes to get a head start on a social network in virtual reality, just as it did with Facebook. If people engage using Facebook’s platform in VR, then Facebook can profit from advertising. Again, profits from niche markets are still profits.

3) This is temporary. Facebook/Meta knows that virtual reality is a niche product. But it hopes to be able to carry its VR social network over to AR when it becomes mainstream.

Augmented reality starts in the real world. Nothing blocks your vision. You see the desk in front of you, or the path you’re walking on, or the restaurant you’re standing in front of. Augmented reality gives you more information if you look at the same scene with the right technology. For example, you hold up your phone and you see the sidewalk in front of you, but it has a big arrow pointing the direction you should walk to your destination. When you look at the restaurant using your phone, you see an extra sign with the store hours and a link to the menu and reviews.

The future of AR involves glasses that let you see that extra information without holding up your phone. With AR glasses you would see people as if they’re in the conference room you’re really standing in, even if you’re in different physical locations. Or maybe you see enhancements to the real world – game characters on the lawn in front of you, say.

Niantic says pfooey to virtual reality. It is committed to building tools and games for augmented reality. More about Niantic below. Niantic’s promotion of AR is also built on three things.

1) Niantic can make money today on games that use your phone to display AR effects. Niantic is the company behind the AR game Pokemon Go, wildly popular and profitable a few years ago, still making tons of money today. Remember people stampeding in Central Park, holding up their phones and trying to capture a rare Pokemon? That was Niantic. Its most recent AR release, Pikmin Bloom, has a lower profile than Pokemon Go but has been moderately successful.

2) Augmented reality glasses require difficult technical advances. Niantic is working with Qualcomm on AR hardware. It can profit greatly if it gets a head start on AR technical breakthroughs.

3) If those breakthroughs happen and AR glasses become mainstream, Niantic will be far ahead of anyone else in developing AR games, but that’s not all. Niantic is also working on AR technical underpinnings that would be licensed by AR developers.

Niantic and the metaverse

Niantic was started by John Hanke when he was a Google Maps executive. After five years as an internal startup at Google, it was spun off into a separate company in 2015. Niantic has 800 employees in offices all over the world and is valued at $9 billion. It has been regularly acquiring companies working in augmented reality, most recently announcing the purchase of WebAR development platform 8th Wall in March and New Zealand-based augmented reality studio NZXR last week.

When Mark Zuckerberg started indiscriminately pushing the term “metaverse” as a virtual reality concept, Hanke pushed back in a series of interviews and articles and essays. I’m completely in tune with Hanke’s vision. These are the central points that Hanke has made about why the VR metaverse would be a “dystopian nightmare.”

Virtual reality is sedentary and solitary. When you put on VR goggles, you’re cut off from the environment around you and isolated from any nearby people. Cuddling on a couch watching TV is a different experience from sitting next to someone while both of you wear VR goggles.

Augmented reality will evolve to be mobile and ubiquitous. That has been the trajectory of technology for the last fifty years. Those are the characteristics that caused phones to take over from computers as our primary tech device in the last fifteen years. Augmented reality encourages use in the outside world. Every improvement in its technology will make the tech less intrusive. Hanke put it this way in an interview:

AR is about getting out of your way as much as possible with the technology. If it’s a wearable device like a watch, something in your ear, or eyeglasses, AR is about giving you information. Maybe it will help you have fun playing a game, going on a secret treasure hunt out in the world, and finding pokémon. Maybe it just tells you how to get there: painting arrows on the ground, showing you where the subway is. Maybe it shows you the menu of the restaurant you’re standing in front of before you walk through the door. Maybe you tap on a virtual UI to make a reservation or check into the airport. It’s about being helpful, but allowing you to primarily exist in the world as a full-blown, involved human being: using all your senses, enjoying being out in that environment, and probably hanging out with other people in the real world. But AR is just trying to make that experience better, not cutting you off and replacing it. That’s the big distinction.

There are huge challenges to overcome before AR can be a mainstream consumer technology. It requires a tremendously detailed map of the world, plus computer AI that can recognize objects and position digital information around those objects. A Pokemon cannot hide behind a park bench unless the AR tech knows that a bench is in front of you, and has some idea of what a park bench is.

Then there are the hardware challenges. It is the most difficult technology problem of our lifetimes: to create reasonably-sized glasses that have sufficient computing power, bandwidth, battery life, and visual clarity to handle the demands of augmented reality.

Niantic is working on all aspects of those difficult problems. Facebook/Meta, Google, Microsoft, Magic Leap, and others are working on the same problems. If any or all of them succeed, there is the potential for vast changes in our world.

Just don’t confuse that vision with “virtual reality.” The future is not going to be a line of people sitting in separate chairs wearing goggles, spilling water on themselves and cut off from the world. The AR world will be far more interesting.