Collecting Cormac, And Why The Passenger Might Be Your Favorite Book 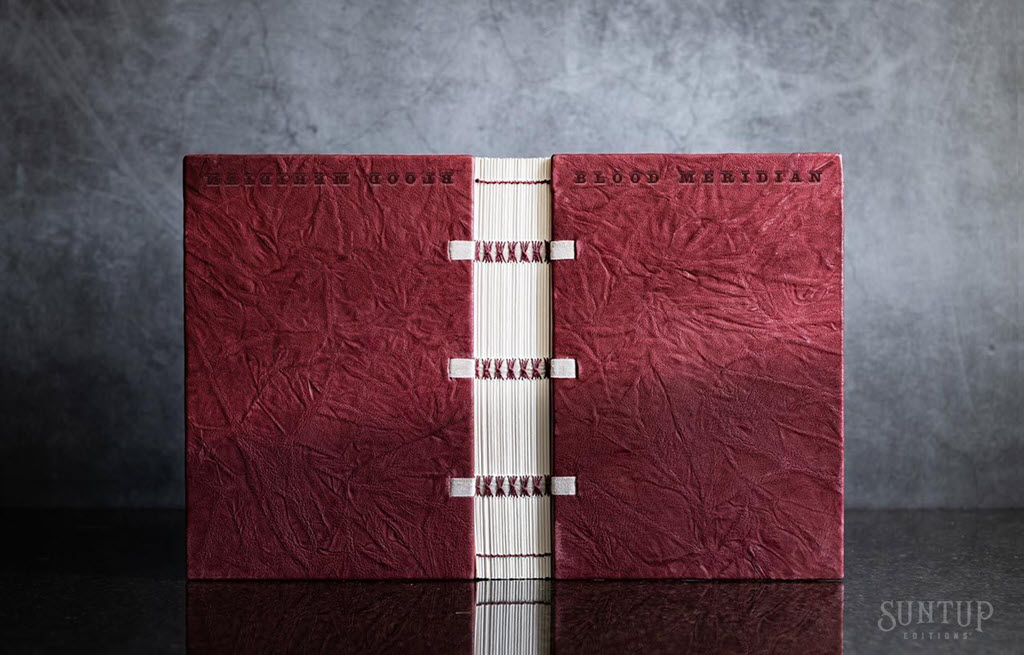 In 2016, Paul Suntup founded Suntup Press, which produces finely crafted limited edition books for a small but intensely devoted audience. Earlier this year, Suntup shipped its crowning achievement to date, 350 copies of a stunning production of Blood Meridian. Each copy was made entirely by hand. The picture above shows the unique hand-sewn butterfly binding and leather boards. It is printed on high-quality Mohawk Superfine paper and housed in a cigar-style box covered in Italian cloth. Each copy is numbered and signed by Bret Easton Ellis, who wrote the introduction, and artist Rob Wood, who created six watercolor paintings for the book.

(New here? I explained in this article why Blood Meridian deserves this treatment.) 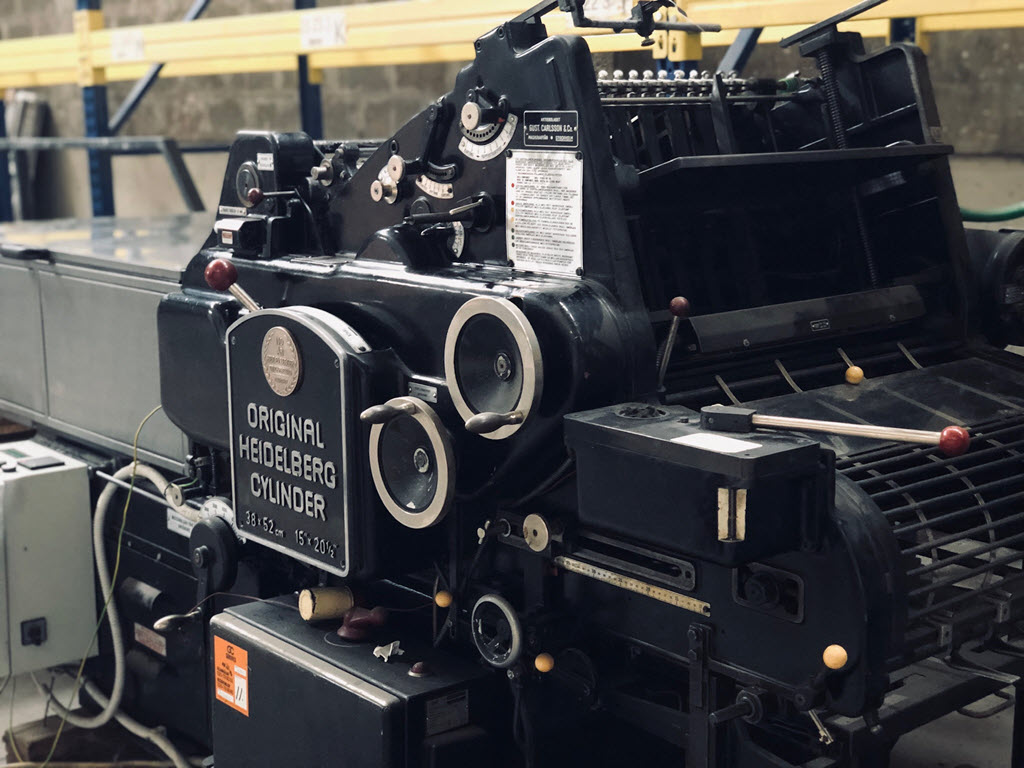 The Suntup Blood Meridian was printed on a Heidelberg Cylinder letterpress printer, the old-fashioned method of printing on giant machines that have slugs of metal to impress each letter into the page. Letterpress printing is a bit like vinyl records – it’s coming back into fashion for small high-end print jobs. It creates a tactile impression that you can feel on the opposite side of the paper. See the impression the type makes in this picture? 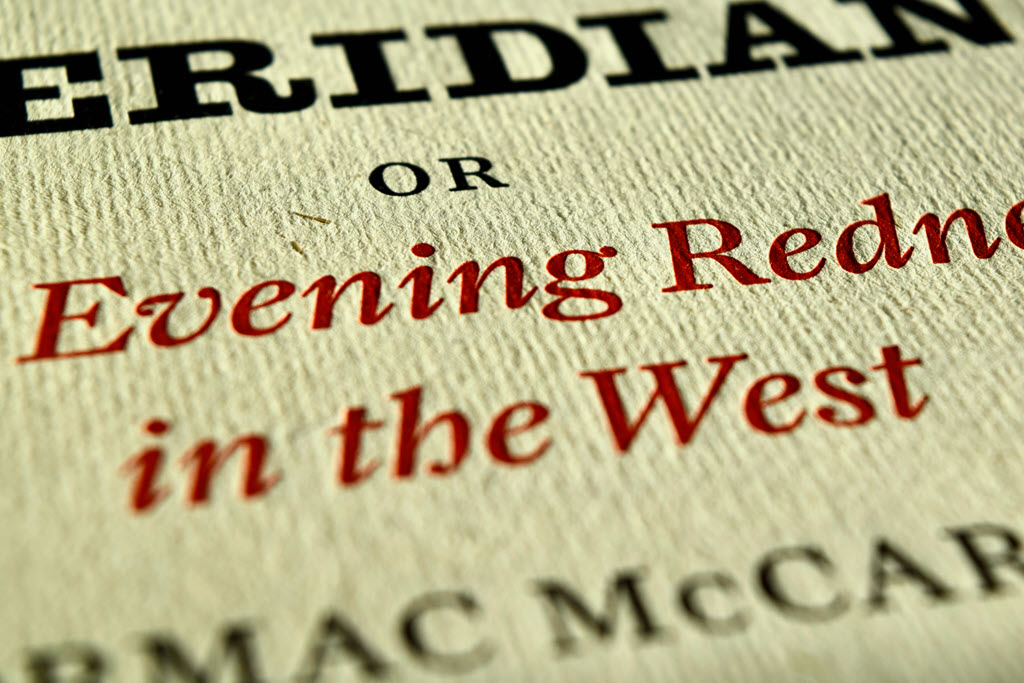 But it’s not the most expensive Cormac McCarthy book – not even close.

I mentioned that the first editions of Cormac McCarthy’s first five novels sold less than 5,000 copies each in hardcover. Over the next twenty years, he became both well-respected and a bestselling author. That creates the perfect conditions for those early first editions to rise in price.

Most book collectors have a special attraction to first editions. There are websites and forums and Reddit threads to establish the identifying mark of true first editions: a publishing code in the gutter of the last page; a complete number line on the copyright page; even the presence or absence of an extra blurb on the back of the dustjacket.

The condition of a first edition is closely analyzed, of course. Chips in the dust jacket, a remainder mark, a price clipped from the corner of the flap, all taken into consideration.

A first edition of Blood Meridian in fine condition is currently $7,500 or so. Fine condition copies of his other early novels – The Orchard Keeper or Suttree, say – are close to that level.

But that’s not all. Remember that McCarthy is famously reclusive. Unlike many of today’s authors, who attend book signings as part of promoting their latest novel, Cormac McCarthy has signed relatively few books during his lifetime. He did not sign the Suntup Blood Meridian or the earlier Suntup release of The Road.

A signed copy of the first edition of Blood Meridian is $10-20,000. Signed copies of his other early novels are equally expensive – or there simply aren’t any.

There are no known signed copies of The Road on the market, period, full stop. It is believed that McCarthy signed 350 copies of the first edition of The Road and gave them to his son, whom the book is dedicated to, and intends them to be a valuable part of his estate after he passes on.

McCarthy has authorized the release of a handful of limited editions of some of his books. They are not particularly special to look at but they have his signature. A New Orleans publisher of limited editions, B E Trice, released a few hundred signed copies of Cities Of The Plain and No Country For Old Men. Separately, the publisher of the first editions of The Crossing and No Country For Old Men (Knopf) released a thousand copies of each title that are identical to the regular first editions but have a tipped in signature page.

McCarthy has also written screenplays and stage plays that have been published as books. With some digging it’s possible to find signed limited editions of The Gardener’s Son and The Stonemason. 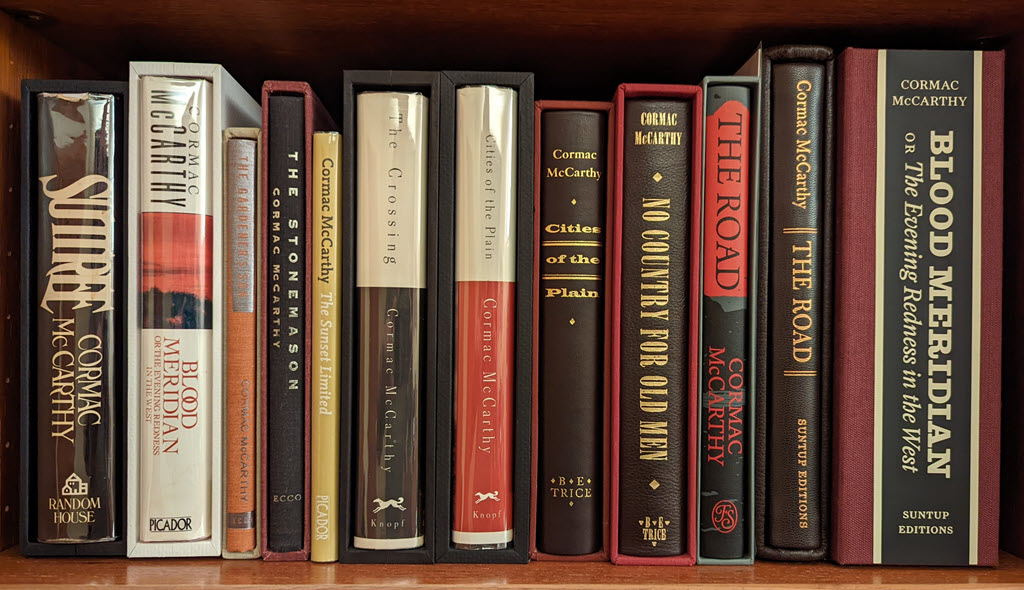 I am inordinately proud of my collection of Cormac McCarthy books, which is not complete and has none of the most expensive first editions or limited editions. But I have six signed limited editions obtained at decent prices over the last few years with patience and hard work; I have the Suntup Road and Blood Meridian; and I have a few other lovely selections that bring me joy.

Cormac McCarthy is 88 years old. He hasn’t published a novel in 16 years. I don’t think I was alone in believing his section of the bookshelf was complete.

Last month all of that changed. 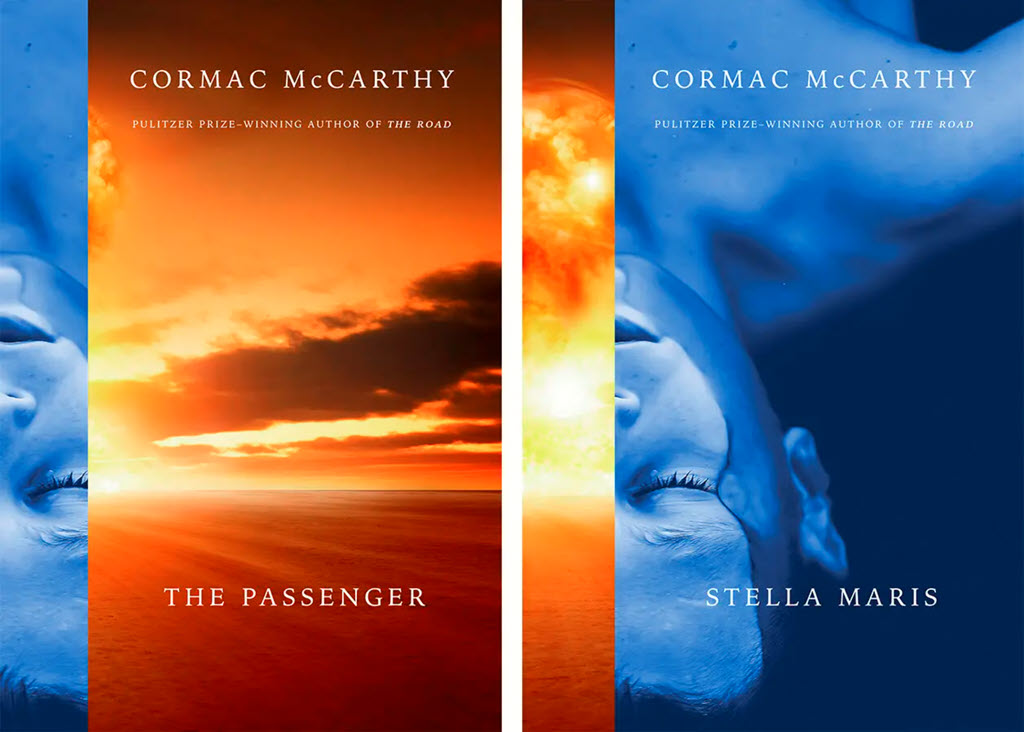 Two intertwined new novels by Cormac McCarthy, The Passenger and Stella Maris, will be published in October and November of this year.

Will they be good books? No one knows yet. Maybe the publisher is being generous to an author past his prime. Perhaps McCarthy has lost his touch or overworked this material until it is lifeless.

But maybe – just maybe – we are a few months away from reading novels that match and enhance the author’s reputation. Books that win awards and are studied by graduate students and turned into movies. New stars that shine brightly in the literary firmament. Books that we will read and re-read every year.

It is difficult to read the news today and grapple with partisan division and existential crises and calamitous world events.

I’d rather feel hope. I hope that in a few months we will read two novels that will fill our heads and hearts, make us laugh and cry, make us marvel at the erudition and writing skill, and become our new favorite books for the rest of our lives.

Wouldn’t that be nice? Do you have something like that to hope for? It’s a great feeling. I’ll take anything to help me get through 2022.

I’ll leave you with descriptions of The Passenger and Stella Maris.

The Passenger is the story of a salvage diver, haunted by loss, afraid of the watery deep, pursued for a conspiracy beyond his understanding, and longing for a death he cannot reconcile with God. 1980, Pass Christian, Mississippi: It is three in the morning when Bobby zips the jacket of his wetsuit and plunges from the boat deck into darkness. His divelight illuminates the sunken jet, nine bodies still buckled in their seats, hair floating, eyes devoid of speculation. Missing from the crash site are the pilot’s flightbag, the plane’s black box, and the tenth passenger. But how? A collateral witness to machinations that can only bring him harm, Western is shadowed in body and spirit—by men with badges; by the ghost of his father (one of the inventors of the bomb that melted glass and flesh in Hiroshima); and by his sister, the love and ruin of his soul. McCarthy’s latest traverses the American South, from the garrulous barrooms of New Orleans to an abandoned oil rig off the Florida coast, examining the legacy of sin and the madness that is human consciousness.

Stella Maris is an intimate portrait of grief and longing, as a young woman in a psychiatric facility seeks to understand her own existence. 1972, Black River Falls, Wisconsin: Alicia, twenty years old, with forty thousand dollars in a plastic bag, admits herself to the hospital. A doctoral candidate in mathematics at the University of Chicago, Alicia has been diagnosed with paranoid schizophrenia, and she does not want to talk about her brother Bobby. Instead, she contemplates the nature of madness, the human insistence on one common experience of the world; she recalls a childhood where, by the age of seven, her own grandmother feared for her; she surveys the intersection of physics and philosophy; and she introduces her cohorts, her chimeras, the hallucinations that only she can see. All the while, she grieves for Bobby, not quite dead, not quite hers. Told entirely through the transcripts of Alicia’s psychiatric sessions, the book is a searching, rigorous, intellectually challenging coda to The Passenger, a philosophical inquiry that questions our notions of God, truth, and existence.