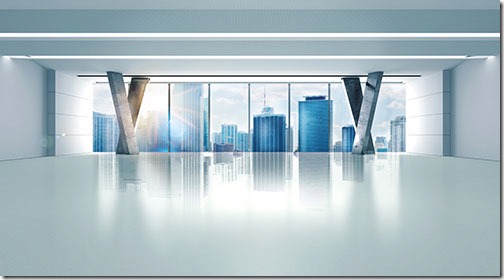 Everybody wants more storage space on their hard drive. One of the deeply buried improvements in Windows 10 Anniversary Update is an easy way to reclaim space used by temporary files and old updates.

Major updates like the Anniversary Update leave large dumps of files behind in case you want to uninstall the update, which you don’t. And as always, Windows generates temporary files as it runs which do not always get cleaned out automatically. 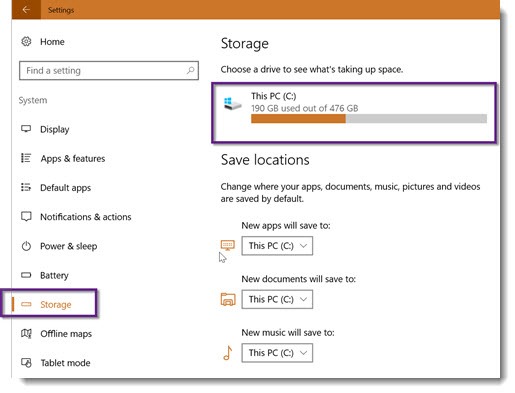 Your system drive (C: ) will be shown on the right, along with any other drives on your computer. Click on the system drive. 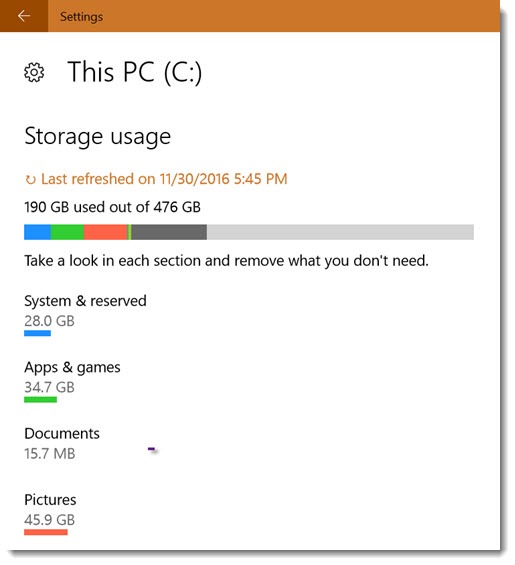 Each of the items on the list leads to interesting options. Click on “System & reserved,” for example, and you’ll see the space used by Windows for system files, virtual memory, hibernation, and system restore.

Click on “Apps & games” and you’ll get a list of all the programs installed on the computer – and a button to uninstall each one. That’s handy! Easier than finding the list in Control Panel.

But for now, scroll down to “Temporary Files.” 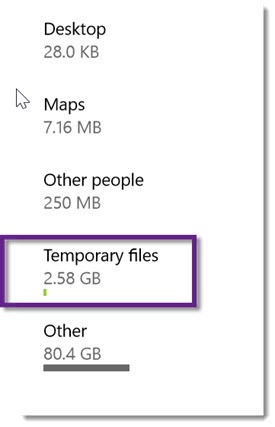 When you click on Temporary Files, you’ll have an easy way to clean up temporary files, to empty the recycle bin, and to remove files for reverting to the “previous version of Windows.” For most of you in December 2016, that only means you could remove the Anniversary Update if you chose, which is very unlikely. 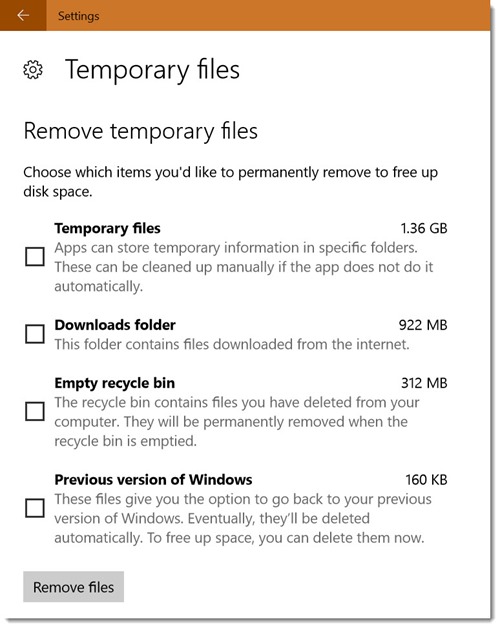 Be careful with the Downloads folder! That may contain important files. You can safely remove the other categories. You might reclaim a few gigabytes of space and in some cases perhaps 20Gb or more.

Old-timers will remember the Disk Cleanup tool, which dates back to Windows 98. It’s still present in Windows 10, still hidden as always. Click on Start, type in Disk Cleanup, and it will appear on the menu. It has a few more options than the new Storage tools but is quite a bit geekier. The new tools are better for most people.

Take a look through the new Storage settings and get some extra hard drive space back!